One of my favorite projects I have ever worked on was my collaboration with my new friend Ranya Dube aka La Garçonne. Originally I reached out to her in the comments section of one of her youtube videos after I heard her song in the film Starry Eyes, we began to discuss collaborating on releasing her music as an album on cassette.

It was something I had never done before and while some of it was a tiring process, dealing with and getting to know her was the easiest and best part. The project actually turned out great and got a highly positive response from everyone who picked up a copy from us and or listened to the music. More importantly a new friendship had been forged.

From the beginning of the entire music project with La Garçonne, I knew I wanted to shoot a video for a track, or at least attempt to. Being into video and film, she had already shot videos for most of her songs, but was happy with the idea of me trying to do one for the song she did not have a video for. So after months of having footage shot but not completely usable, then put on hold for another month or two we finally are able to present our video for one of my favorite La Garçonne tracks “Vestibule”.

Watch the video below and then scroll down to read all about the project, the thought process behind it and how we put it together and why it looks the way it does. Hopefully you enjoy it and find it appropriately creepy viewing for October and Halloween. By the way if you like what you hear and are interested in grabbing a copy of our limited edition purple “As Days Go By” cassette by La Garçonne, head on over to our webstore as we have a few left in stock.

Well there you have it. My first music video I have ever attempted to create. We had never done anything like it before but thought we could pull off with the help of friends, and create something at least a bit cool and interesting. One thing people may or may not realize is a lot of our projects here are done with minimal to zero budget, so we find creative ways get results. In this instance we decided some creepy girls and my phone would have to do the trick.

There were various limitations and obstacles when shooting this, from time limits to scheduling, and the obvious and aforementioned video quality. I did this using a vintage video app and two things I did not realize until it was too late was I had the app set to low quality AND left the light leak on. The low quality setting resulted in the pixelated distortion present in the video and the light leak is responsible for the orange flashes of light that are all over the video. Since many of these scenes were shot for only a mere few seconds each, I unfortunately did not realize that there would be so many throughout. While I would have liked to re-shoot it all, that was not really possible or practical. We attempted to re-shoot a bit but it just wasn’t working as well as the original takes. So I decided to work with what we had shot, and put it together as best I could.

The original concept was always vague and just kind of centered around the idea of “artsy abstract creepiness” and I have to thank my friends and stars Mirkala, Karla and Krystal who were game to help out. We filmed in an extremely hot location, and those plastic hand drawn masks didn’t help matters either in that regard, but they all worked well for the video, particularly the main one, worn and drawn by Mirkala herself. We had the one location to utilize and only about 2 1/2 to 3 hours tops to shoot footage on the fly that I would eventually and hopefully be able to cobble together into something resembling a music video. 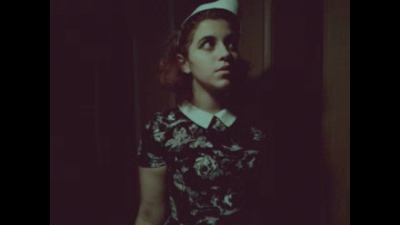 I am certain you could say part of the inspiration here is from the Strangers to an extent, but it is really just about getting creepy shots and playing with shadows and the masks in the lighting. I think in the end it was a definite learning experience which I did expect as I really wasn’t sure how I would pull it off, but I think we also achieved some of the things I was confident about as well. The end result is effectively creepy if not perfect music video.

Considering the limitations we were faced with I am definitely happy with it, not a bad accomplishment for a couple of hours and a cell phone. One thing I was also very happy with is that this shoot allowed me to get some great eerie images of Mirkala in character which you can see below. Once again I cannot thank the girls enough for their help on this project, It meant alot ! 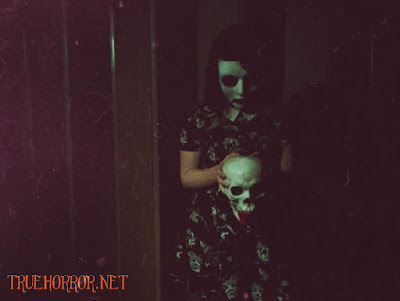 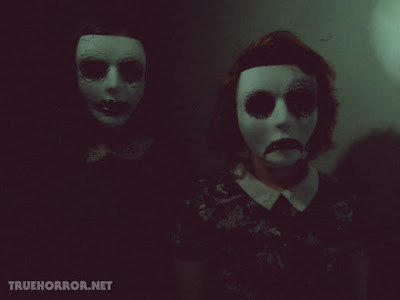 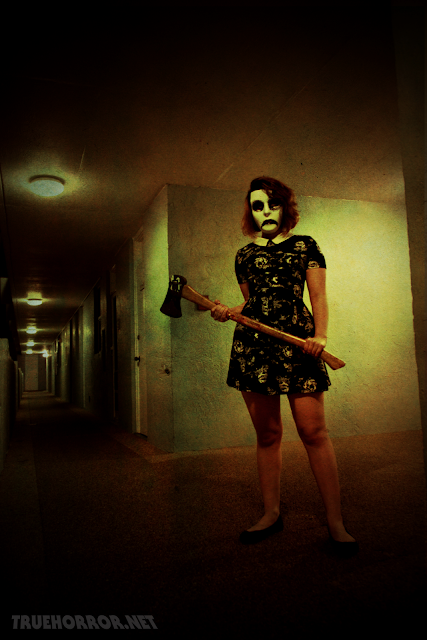 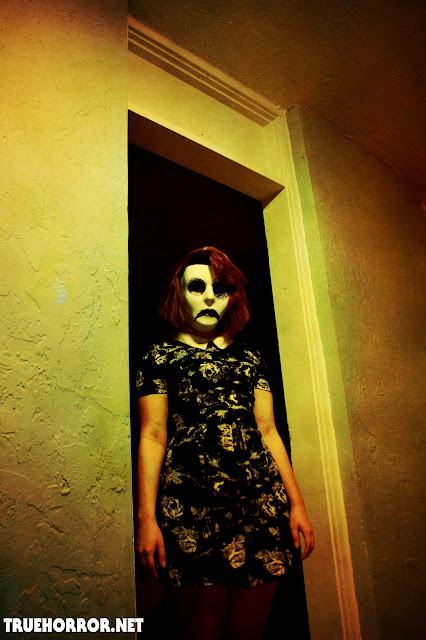 Special Thanks as well to Dany for all your help with the lighting, could not have done it without you.