From their Freddy vs Jason figures to their full line of Nightmare on Elm Street figures based on each film, NECA has provided fans with definitive figures of their favorite incarnation of Freddy. Most recently they have unleashed their Ultimate Freddy figure from A Nightmare on Elm Street part 3: The Dream Warriors. It’s a great figure, but I was patiently waiting for what would come next, the brand new 1/4 scale Freddy figure based on his iconic (and my favorite) look from Nightmare 2:Freddy’s Revenge.

I have owned the original 7 inch scale figure they released around 2012 and it has been my favorite Freddy item I since. It had an amazing sculpt and likeness of Freddy and was better than the majority of the big 5 horror characters figures that had come before. So when NECA announced they would release an 1/4 scale version of that figure, I was excited that I could finally replace my McFarlane 18″ Freddy figure. (Note NECA has released 2 other pretty cool 18 inch Freddy figures prior, but they were of Freddy designs I didn’t care to own in that scale)

How does this new Freddy figure measure up? aside from one small but kind of major gripe that has nothing to do with the quality of the figure itself. It is in fact the definitive Freddy figure on the market right now, at least in my eyes. To get the one disappointing problem out of the way before we go into how great it is, let me say that for anyone hoping to add Freddy to the previous released NECA 18 inch figures of horror icons like Michael Myers, Pinhead or Jason,(or even the recent Predator) you may be a tad disappointed to know that Freddy towers over them. but approximately an entire inch or inch and a half. So he will look a bit out of place on the shelf next to characters that are supposed to be taller than him. I am wondering if this is based on the fact that 18 inch (as these large figures were generally classified as) are now referred to as 1/4 scale which I imagine means they are slightly larger. It also means, NECA needs to give us a new Jason and Leatherface based on their recent ultimate figures to go with Freddy, Michael might not be in the cards sadly as his licensing rights are reportedly a nightmare these days.

Enough about that minor nitpick, because if you are a Freddy fan in any capacity and want to have a Freddy figure in your collection, THIS IS THE ONE TO GET!

Freddy comes with two interchangeable heads , one snarling, one screaming. Both look absolutely fantastic with very good likenesses of the great makeup work by Kevin Yagher. Along with the heads come two claw hands, one gloved, the other flesh as it appears in the film. He of course also comes with his iconic hat while sporting multiple points of articulation at all the major joints. The paint applications on mine are flawless and for the most part he looks as if he stepped right off of the screen and into your home.

You would be hard pressed to find another Freddy figure this good, at this size, at this value, so it is indeed another no brainer from NECA. Aside from the scale issue with previous NECA 1/4 or 18 inch figures, I would say this comes pretty close to perfect and would be a very welcome addition to any horror fan or Freddy fanatics collection. 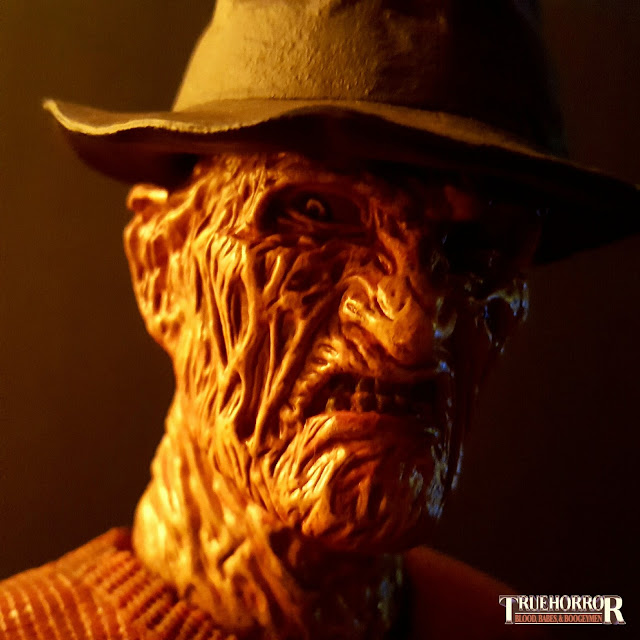 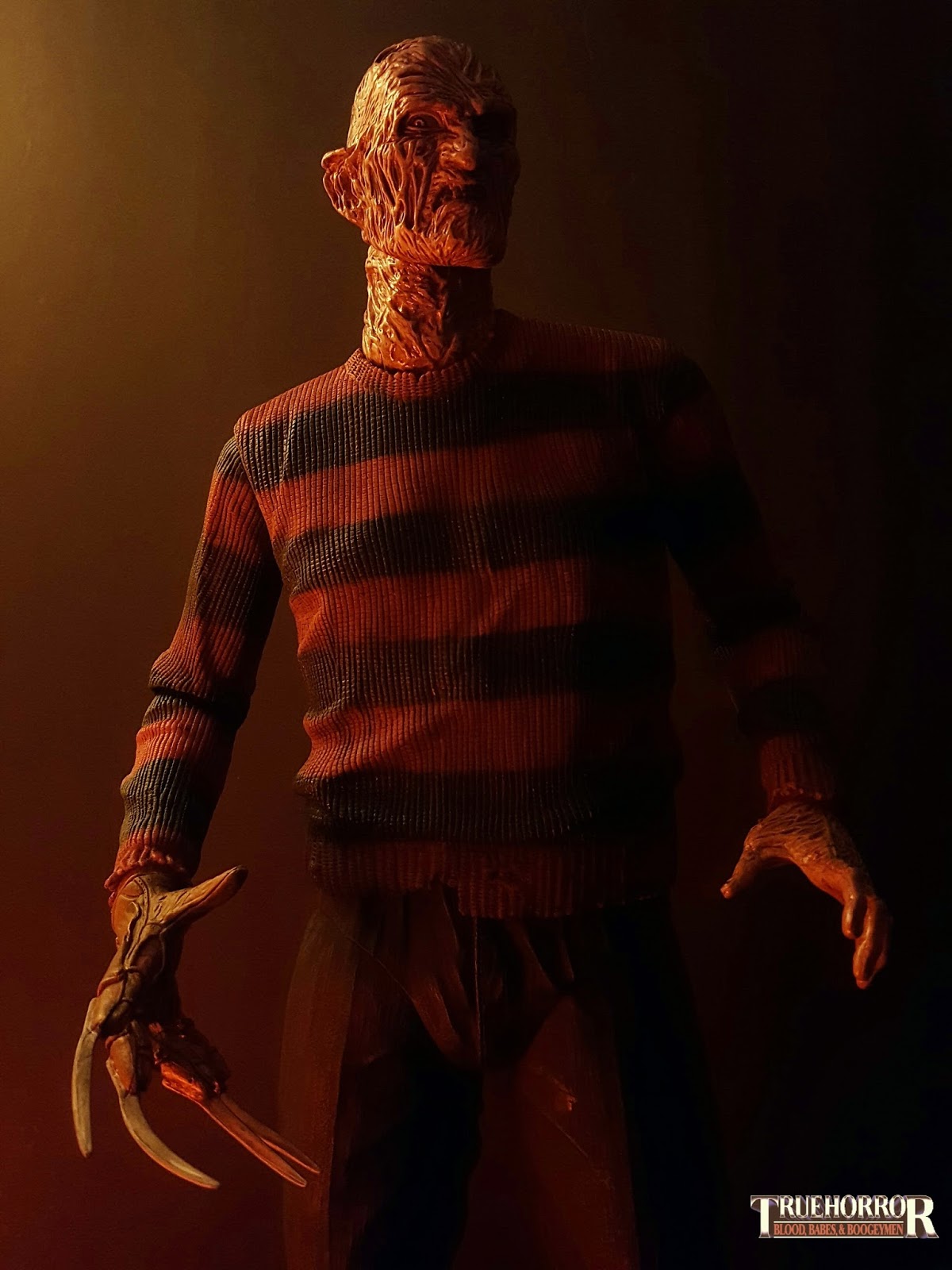 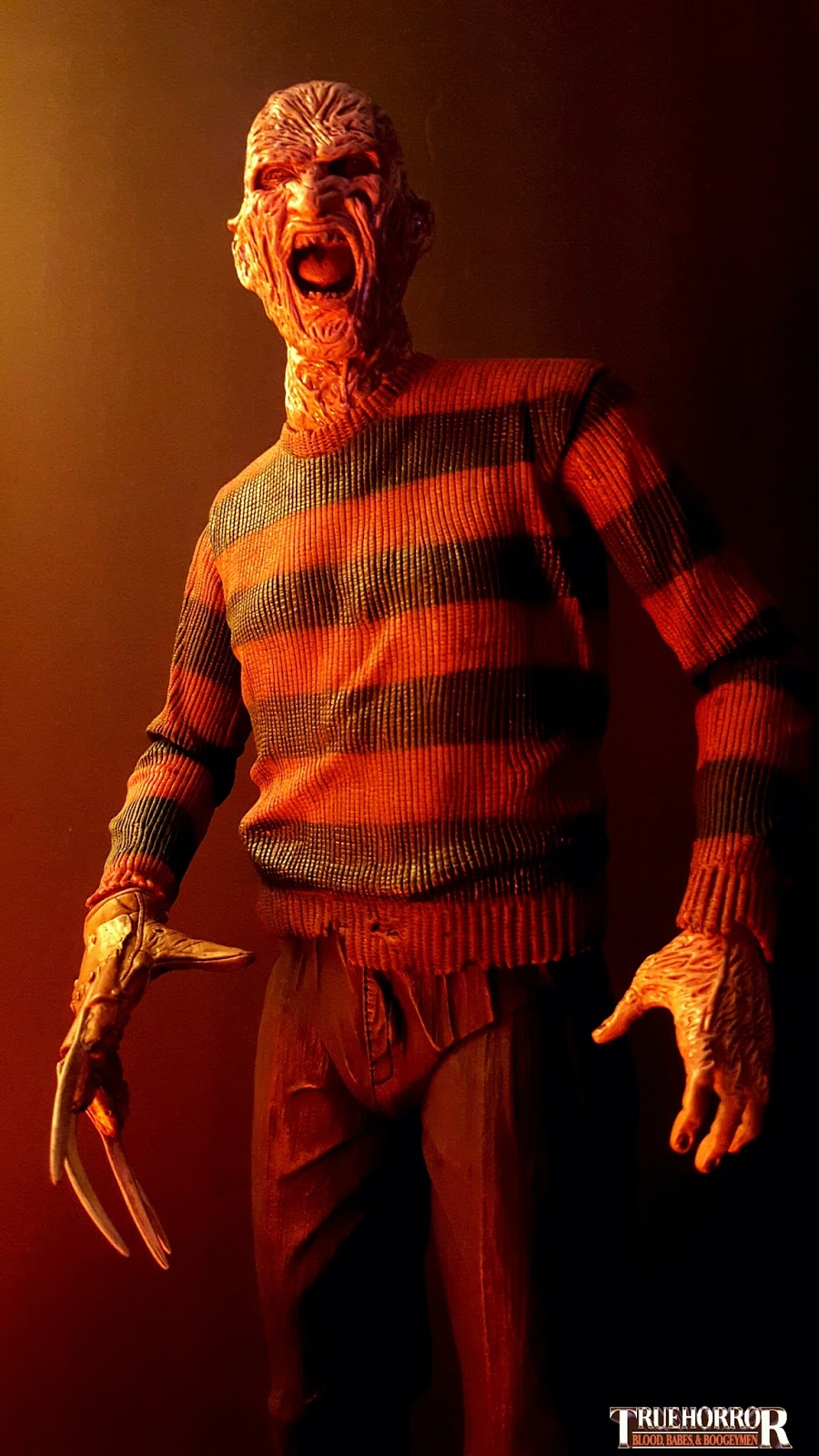 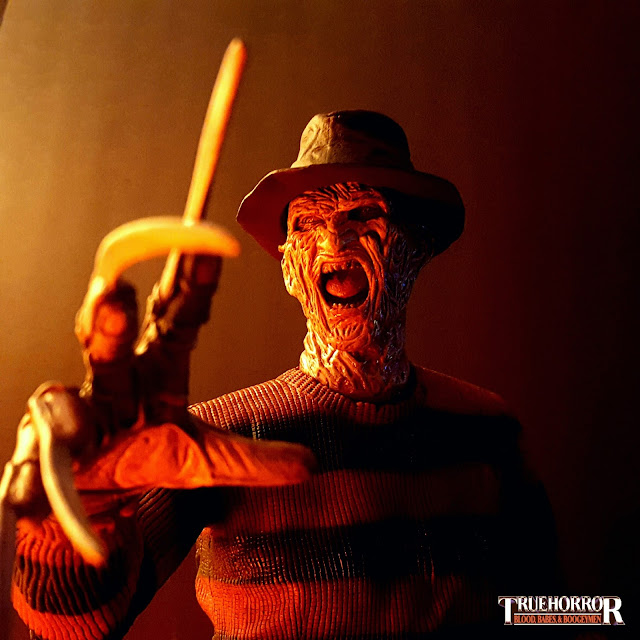 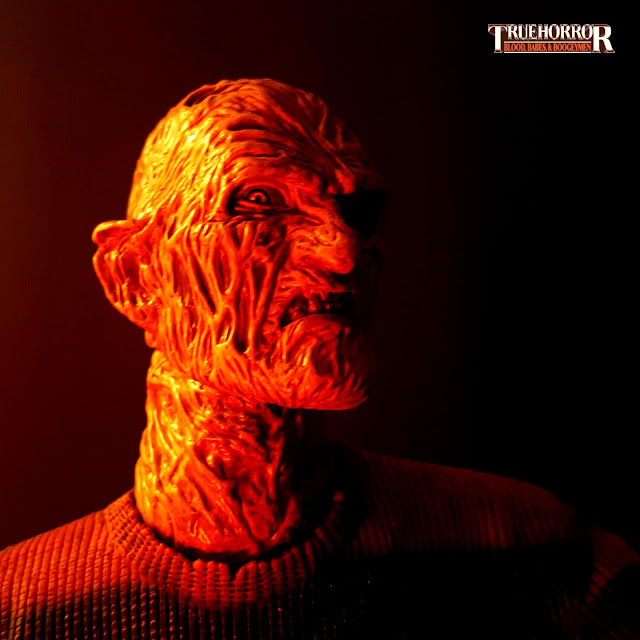 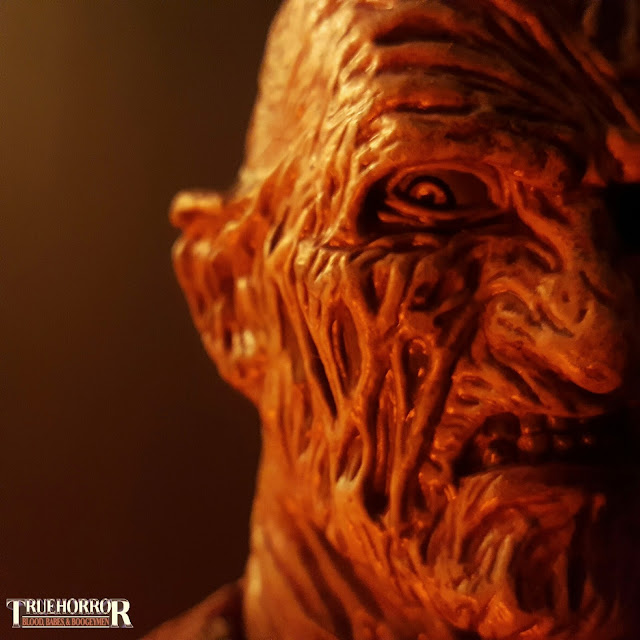 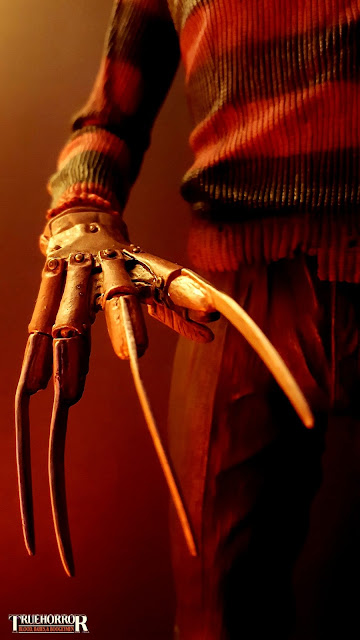 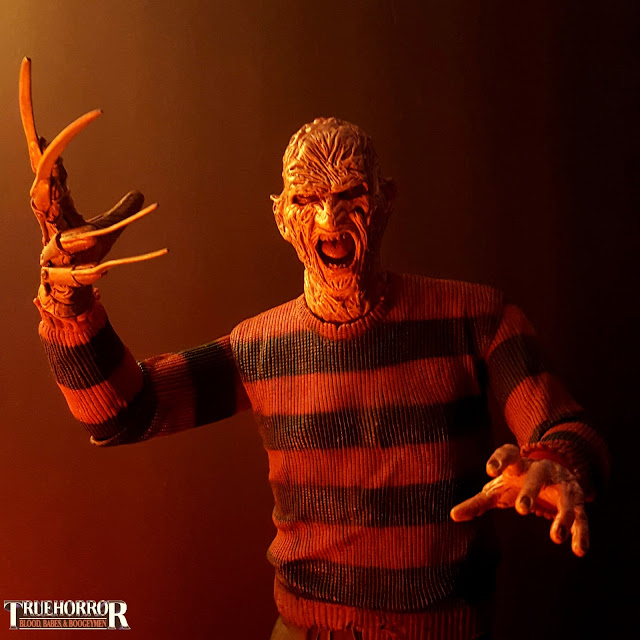 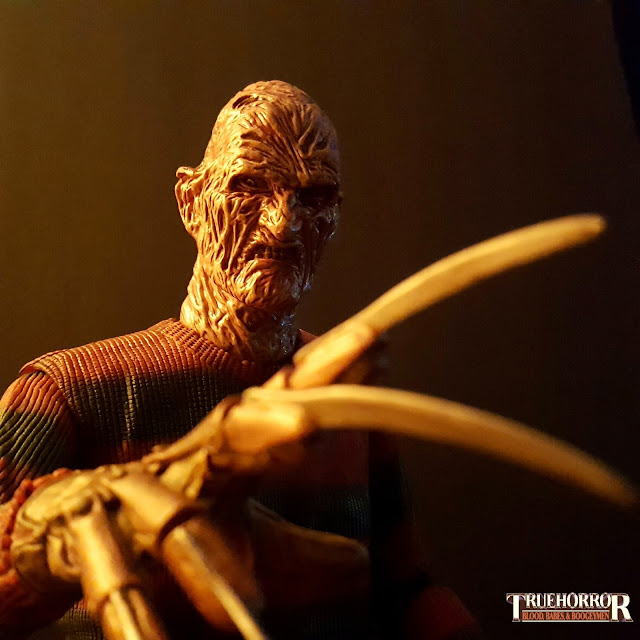 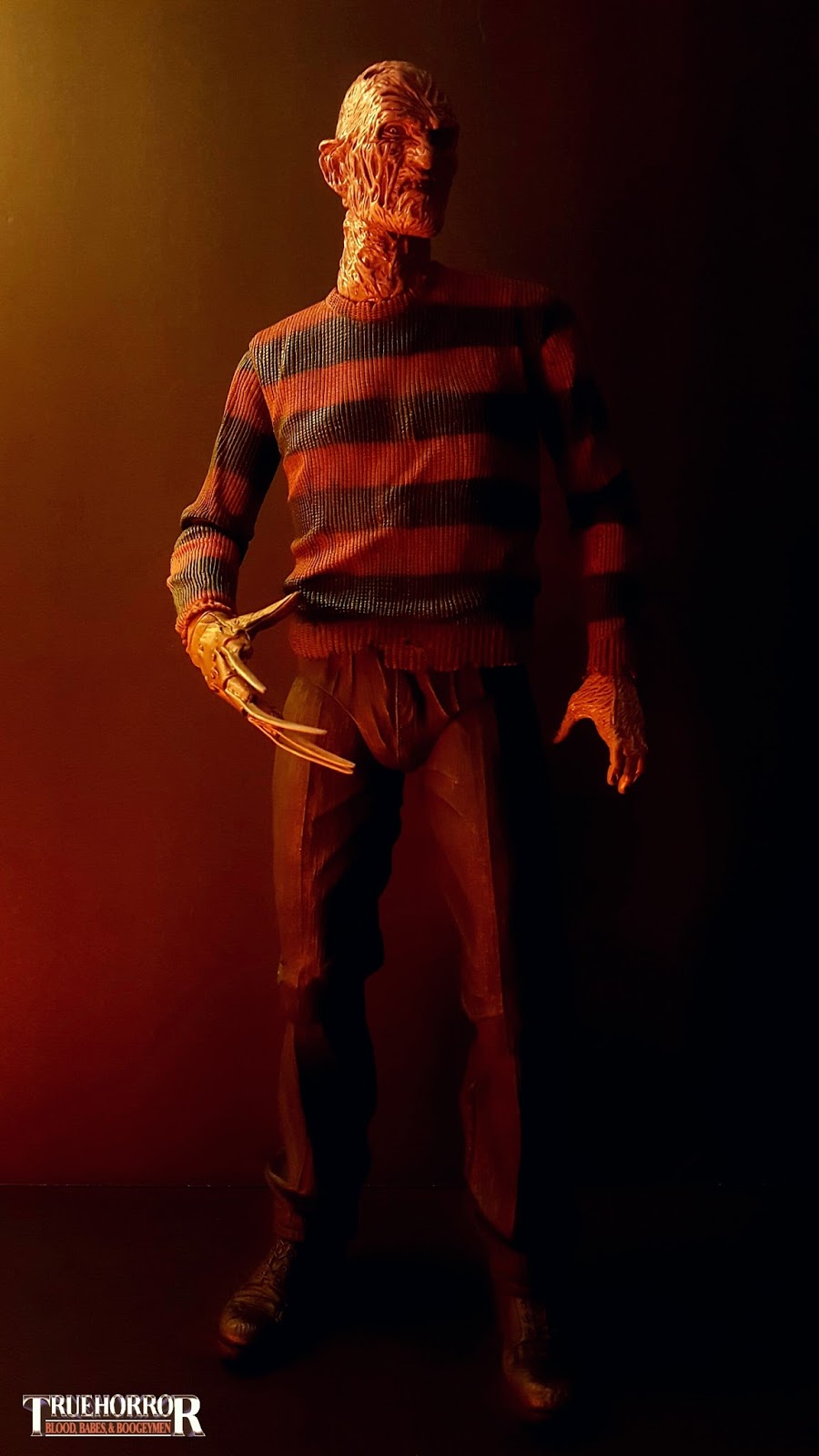 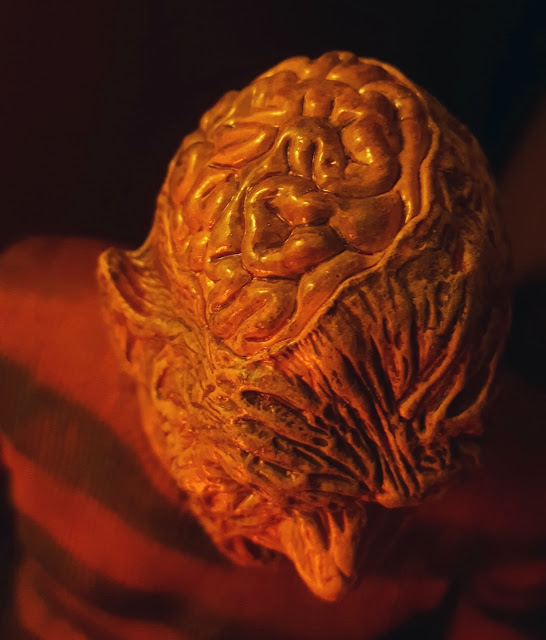 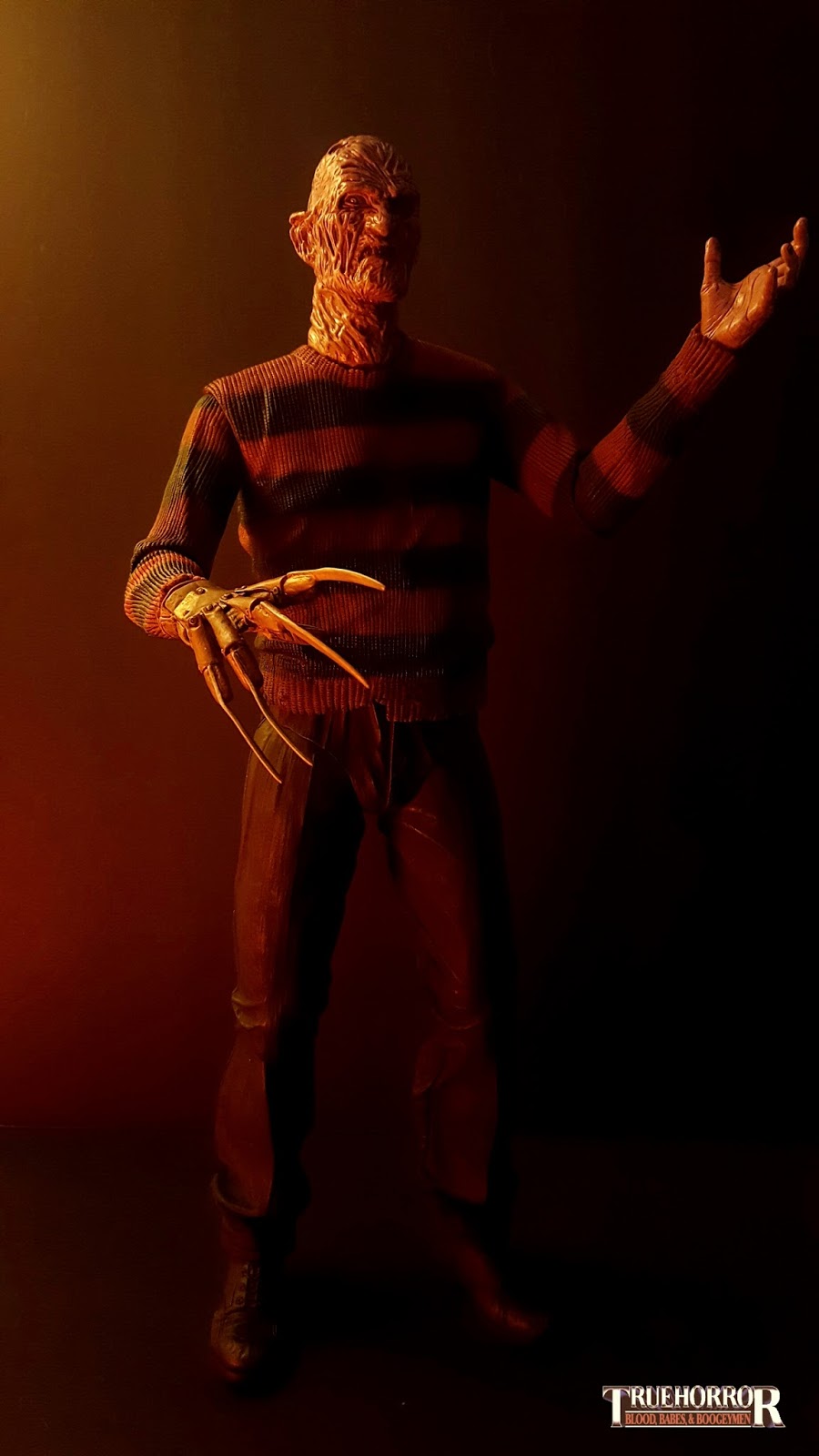 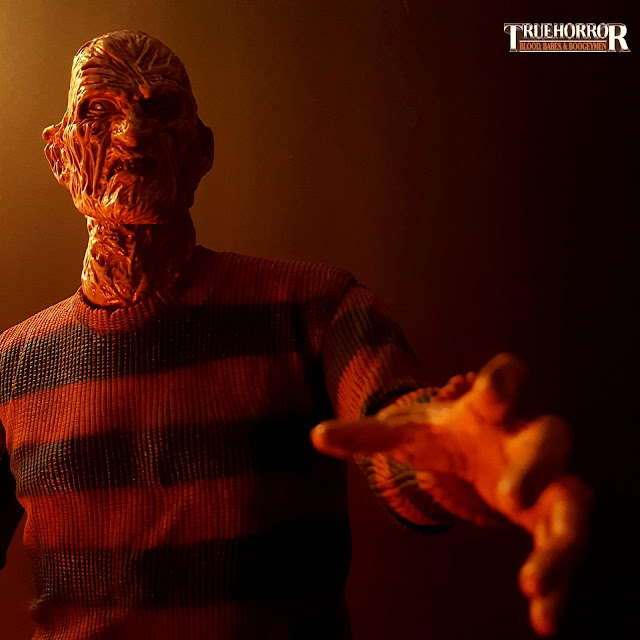 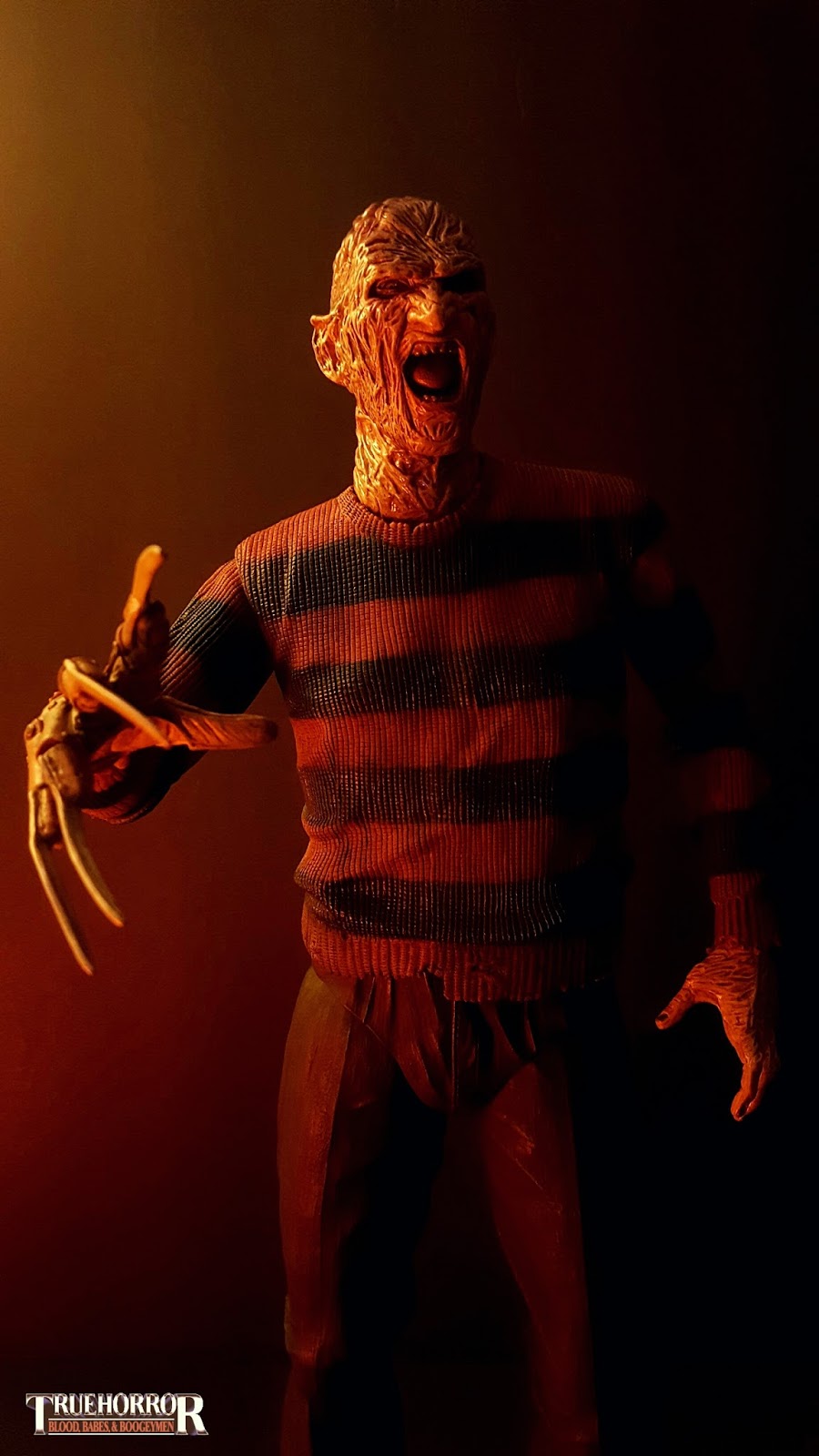 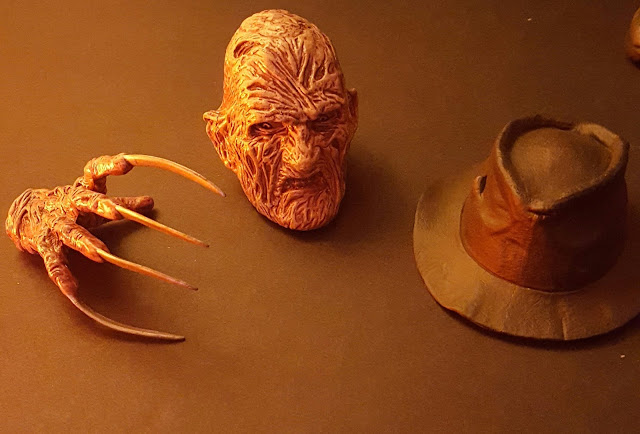 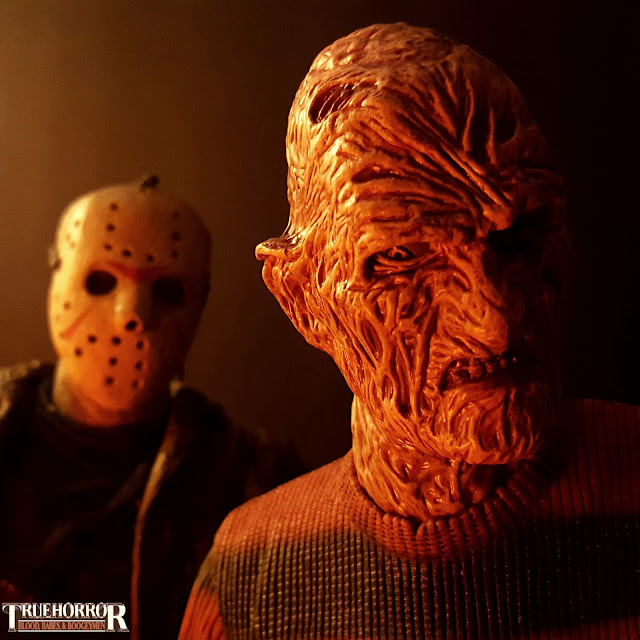