Just about a month ago we had the opportunity to sit down with Insidious Chapter 3 director (and series co-creator) Leigh Whannel and talk a bit about the new film. It was a great time and you really got the sense of how passionate he was about the project. Now we were lucky enough to be able to chat for a bit with two of the stars of the latest installment in the Insidious series, Dermot Mulroney and Stefanie Scott. Having watched the film the night before (review will be up later this week) it was all fresh in my mind and had a number of questions planned out for the duo. You never know what an interview will be like and it can be slightly nerve wracking before you sit down, however Dermot and Stefanie were two of the nicest and enthusiastic people I have come across while doing this. You get the feeling just from talking to them that they are genuinely excited about the film and their work in it. So while I only had so much time to talk with them, they provided plenty of insight and info into the process of making what would actually be the first horror film of their careers.

please note this interview contains minor spoilers if you haven’t seen the trailer.

As you can see they were a particularly lively interview, especially Dermot who really gets in depth with his answers. Stefanie was just a vivrant personality whom you could tell was very excited for this opportunity to star in a film series she was already a fan of prior to coming on board. It was the type of interview where you definitely wanted to ask more questions and discuss more with them. They both also were very quick to praise Leigh Whannell for whom this is first time in the director’s chair.  I can’t thank them both enough for an enjoyable time. We will talk more about their contributions to the film when we post our review later this week. 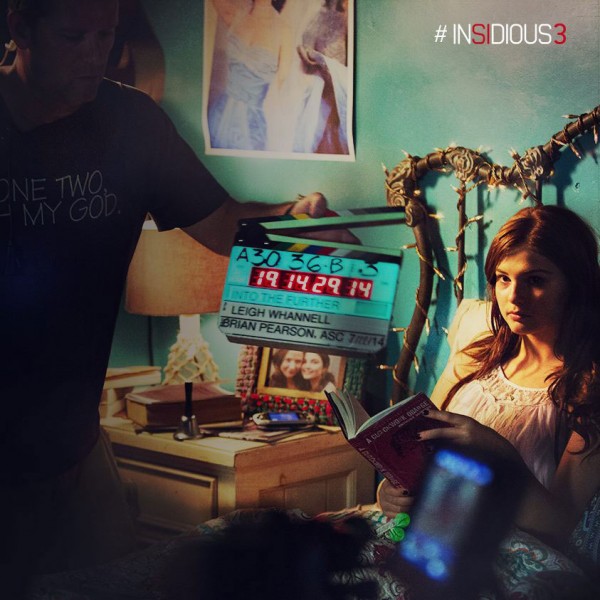 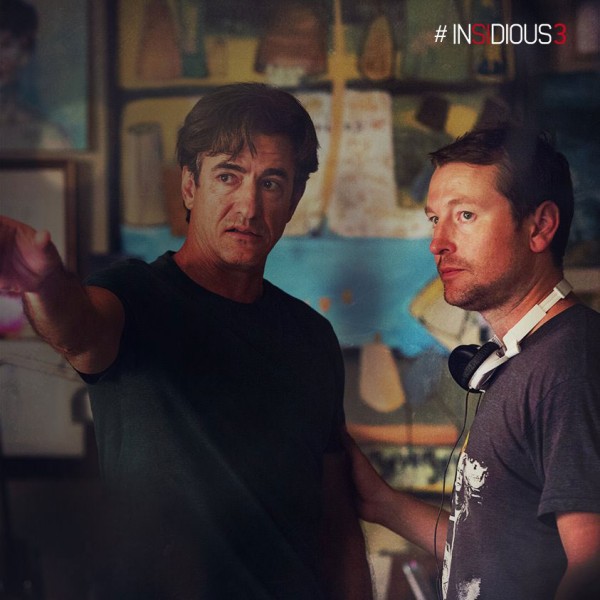 One person who was not in attendance was Lin Shaye who plays series mainstay, Elise Rainier. The film is as much hers as it is Mulroney’s and Scott’s. Recently she was honored at Wizard World Philadelphia as “The Godmother of Horror” as she has appeared in more than 20 horror films in her career including A Nightmare on Elm Street and many more.

“Honoring Lin Shate as the Godmother of Horror was a no-brainer as we celebrate Wizard World Comic Con Philadelphia this Mother’s Day weekend,” said Wizard World spokesman Jerry Milani. “Lin’s legacy in films of all genres make her queen of the movie scene, and her unparallelled, haunting performances in so many movies, especially the INSIDIOUS franchise, make her the obvious and deserved choice for the Godmother of Horror Award” 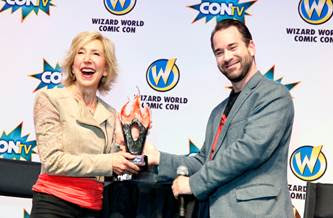 Of her role in INSIDIOUS:CHAPTER 3, Share says “I’m kind of the unlikely hero. I’m not the hot young guy or the gorgeous girl. I love the character, and so do the fans. I have a really youthful fan base, which is so much fun for me because I’m so old. I am the happiest I’ve ever been in my entire life. ”

Aaron Sagers, renowned horror and film enthusiast, officially presented Lin with the honor during a special Wizard World Presentation. Shaye provided fans with insider information on the new film and discussed her statys as the rare older woman to defy industy stereotypes while staking her claim in the horror genre. 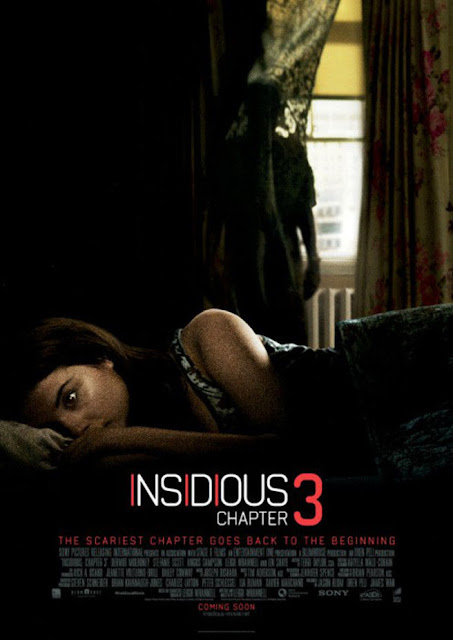