I want to get one thing out of the way before I go on with this review, Summer Camp’s title might be misleading and or disappointing for some, particularly those who are not aware of the film’s premise beforehand. YES, it does take place at a summer camp, Camp Buho to be exact, however this particular summer camp is located in Spain and set on the grounds of what almost looks like an old monastery. The film however does revolve around a group of counselors, who arrive to set up the place for a group of children scheduled to arrive the following morning. 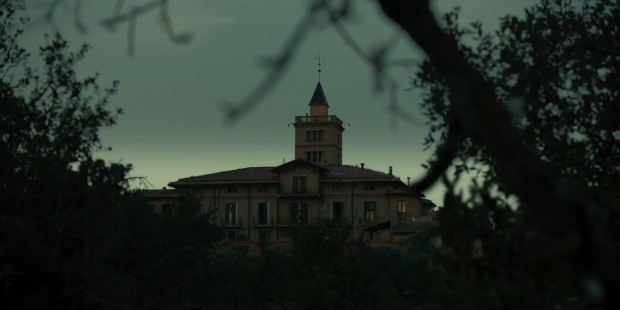 Director Alberto Marini’s (one of the producers of the “REC” series) Summer Camp showed up on my radar over a year ago when the casting of Jocelin Donahue (House of the Devil, The Living) was announced. As a big fan of hers I kept an eye on the project over the past year and patiently waited for some sort of release news. Finally after over a year, Summer Camp hit theaters this weekend with a limited release so after such a long wait, I made sure to check it out. 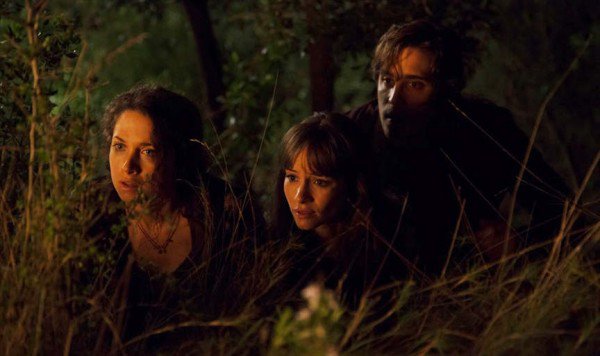 On the surface there is nothing ground breaking about Summer Camp, the initial set up teases a traditional “camp” styled horror complete with hints of creepy backwoods people and a “who is going to hook up with who” scenario, luckily for us horror fans, it does not play out like one. Rather straight forward in it’s premise, Summer Camp could be best described as Cabin Fever meets 28 Days Later with a bit of REC thrown in for good measure. The film opens with the four would be counselors played by Diego Boneta, Maiara Walsh, Andres Velencoso and of course, the aforementioned Donahue, all engaged in some sort of trust building exercise that involves one being blind folded and bound while running through the neighboring woods, the accompanying counselor shouts out directions on where to go and what to do.

Trust between the group becomes a major theme throughout the film as things go awry following the initial spread of an infection, one which causes it’s hosts to erupt into a murderous rage, unleashing high pitched shrieks and violently attacks on any and everyone in their vicinity. This may seem like nothing we horror fans haven’t seen yet, but Summer Camp wisely puts a unique spin on the tried and true infected sub genre. This different approach, which I will not spoil here, goes a long way to making the films 2nd and 3rd acts all the more engaging while helping to build on the overall theme of trust that is introduced in the opening. It really is a clever move that helps separate Summer Camp from the myriad of other similar films while bringing a bit more weight on the morality of each characters choices. 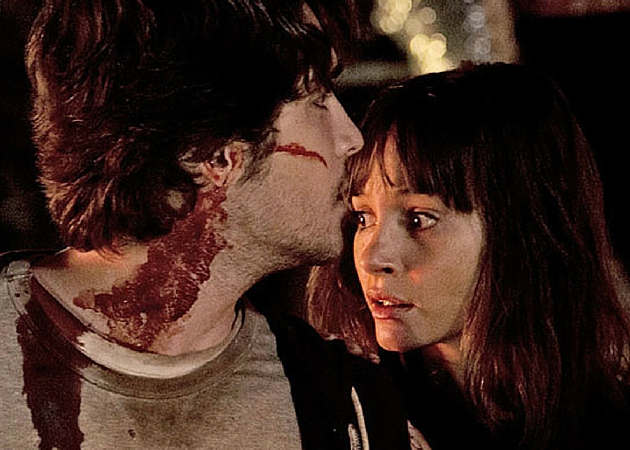 Speaking of those characters, the cast all perform admirably, Boneta and Walsh in particular bring a little something extra to each of their somewhat thin roles as Will and Michelle, both of whom could have easily been one dimensional characters without their contributions. Still the standout performance here is is indeed the one I was most excited for. Jocelin Donahue delivers another memorable turn here as Christy, the rich brat of the group. You can tell she had fun with this role and it is her involvement in the film that will be a selling point for many. The other characters are rather cut and dry in their personalities and reactions. You know what you are going to get from them. Christy on the other hand was the wild card. It was always most interesting to see how her character would react to situations, as she was the least predictable of the bunch and all the best sequences of the film revolved around her character’s decision making good or bad. I know I am personally biased as a big fan of Jocelin, but all bias aside, she really was great and it was fun to see her play this different type of character. Horror fans will no doubt get a real kick out of her performance. 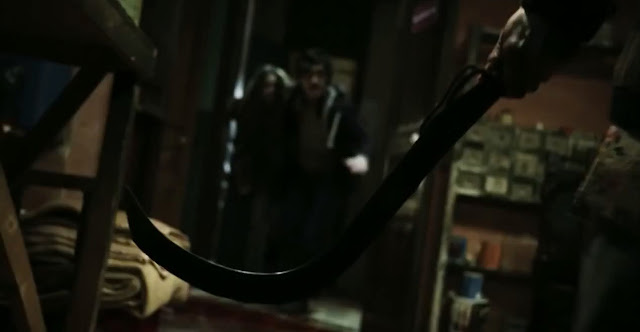 On the horror front, Summer Camp is a hard R and features a generous amount of blood and gore as well as some well staged cat and mouse sequences. It wastes little time after it’s initial setup before it gets going and keeps up the intensity all the way to the finish line. There is a trailer which in my usual opinion gave away many of the kills and gore scenes, and you would be better served not watching it before viewing the film. I watched it for the first time after seeing the movie and I was glad I waited as it made it much more enjoyable to go in blind so to speak. 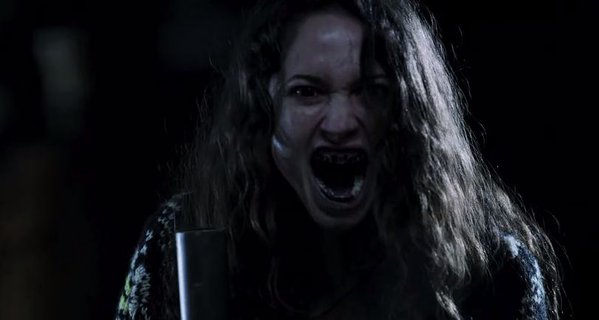 If I had any issue with the film, it would easily be the utilization of shaky cam throughout. I understand that the film is supposed to capture a frenetic feeling during it’s attack scenes, and I don’t have a problem with shaky cam when used properly (and sparingly) however here it was used far too liberally to the point where I noticed it being overused. That is when it becomes a problem for me. I would have liked for the director to dial that back just a bit so I could fully take in and enjoy some of the craziness unfolding on screen. As it was certain scenes were a bit difficult to fully appreciate or discern. Still when the camera was still, Summer Camp has a nice polished visual style for a relatively low budget affair that I honestly wasn’t expecting.

While I have to admit I was a bit skeptical about Summar Camp due to it’s long delayed release,

it is undoubtedly a fun and at times inventive horror film that remains brutally violent and grim, while somehow doing so without taking itself too seriously. It’s not perfect (few films are) and certainly won’t be for everyone as a few parts of it may come off as cheesy to some viewers. Still there is enough horror goodness here for it to be on your radar to check out when the opportunity arises. Not all horror movies have to end up being classics or masterpieces that you will rewatch over and over 10 or 20 years from now and that is OK. Sometimes it’s just nice when you come across one that does it’s job and fully entertains you while you watch it without making you roll your eyes. Summer Camp is that type of film. It’s a perfect watch for a late night accompanied by some popcorn and friends. And without spoiling anything, that ending is absolutely killer. 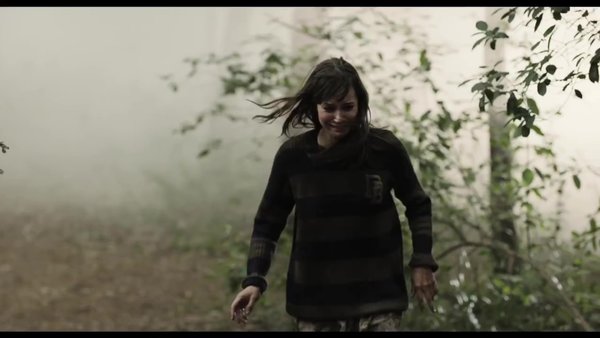