I really enjoyed Evil Dead 2013. I know some Evil Dead loyalists didn’t care for it’s grim and more serious take on the material, but I found it to be an effective and harrowing film, that delivered an intense and still fun theater experience. Director Fede Alvarez crafted a beautiful looking film, full of creative camera work, and arresting visuals. Not to mention the violence and gore was next level cringe inducing. Based on Evil Dead I was definitely anticipating what Alvarez would do next, and that brings us to Don’t Breathe.

As I always try to do (ad nauseum), I knew the gist and nothing more going into watch Don’t Breathe. A group of young burglars break into a blind man’s house to steal stuff, and things go bad. That was all I knew. It is a simple set up and to be honest, I wasn’t sure how they were going to not only…for a lack of a better word “milk” this premise, but also keep it interesting. Well things don’t take long to get going, and once it does, it never really lets up. Rather than give you a breakdown of the story and each beat, I just want to focus on how Don’t Breathe makes you feel. 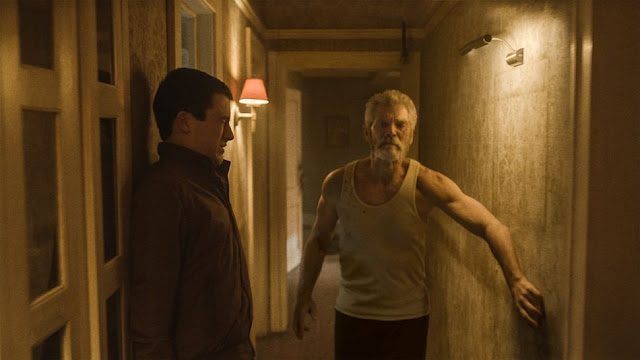 The title of the film not only applies to the characters best chance at survival, but it also reflects how the state of the audience. From the minute the crooks step on the premises, you are inadvertently holding your breath as they make their way inside, and from there on out, every creak of the hard wood floors, every squeaky door hinge, and every gasp makes you sweat. Alvarez does a good job of establishing the space where essentially the entire film takes place and nothing ever feels like a cheat as far as the layout of the home and everything inside of it are concerned.  Per Alvarez himself (he attended our screening and spoke to the audience after) this was done purposefully and it totally adds to the films payoffs and of course to the feeling that you yourself are trapped in that house along with the characters, trying to escape. 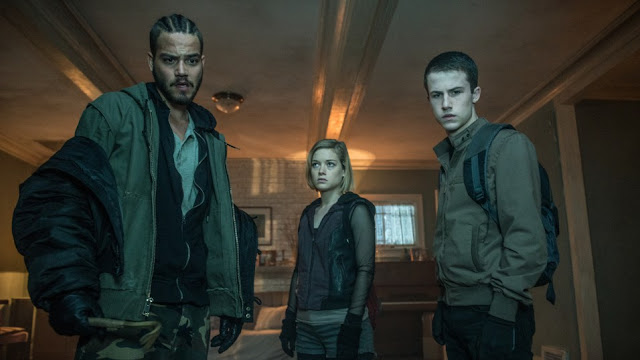 Speaking of those characters, the film has a short cast list with really only four main characters and the actors give it their all. Reuniting with her Evil Dead director is Jane Levy as Rocky, who turns in another committed and memorable performance as Alvarez once again puts her through the ringer. Apparently Dylan Minnette didn’t learn his lesson about breaking into houses in the Goosebumps movie, because he is back at it again here as the slightly more moral of the group Alex, displaying that same likability he did there, which is strange because he was so very unlikable (to his credit) as the bully in Let Me In. Rounding out the trio in his return to a Detroit set horror film is Daniel Zovatto playing Rocky’s Boyfriend aptly named Money, yes, Money. Zovatto playing against type here as the dangerous hoodlum complete with cornrows actually did a good job in the role, which based on the last two things I had seen him in, was not expected. But hey thats why he is an actor. The trio of thieves form an interesting dynamic, that comes into play as they attempt to succeed in their latest caper, the aforementioned burglary of a rich blind man’s home. This ends up being much more than they bargained for when it turns out that blind man is none other than Stephen Lang, the villain from James Cameron’s Avatar. If you know lang, you know he is a bit of an imposing force and is ideal as this character, as he attempts to protect his home, and prized possessions at any cost. He really is the glue of the film as a worthy foil to our trio of thieves. Without his thrilling performance, the film simply would not work. 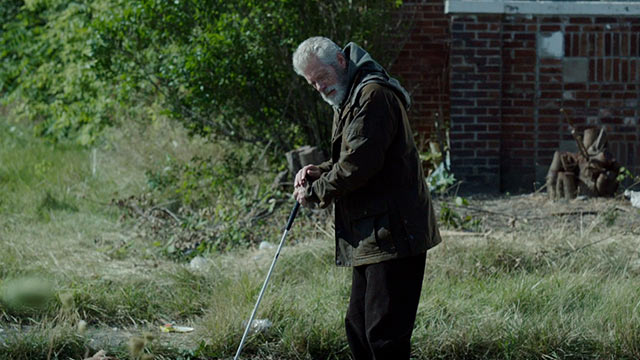 This simple set up, is brought to life in stunning fashion thanks to Fede Alvarez’s stunning visuals captured with the aid of cinematographer Pedro Luque. Don’t Breath flashes that same stylish flair that was so prevalent in Alvarez’s Evil Dead. It really elevates what could be a generic film in the hands of someone with a lesser eye for composition and no sense of mood or atmosphere. It is a beautifully shot film and every frame is carefully thought out with great attention to detail. I have to also make note of the superb sound design on the film, as it absolutely is crucial to this particular films success. Alvarez pulls all the right strings to make one of the most suspenseful films in years. It gets your heart racing and makes you flinch, squirm, jump and by the time you get to exhale you feel like your characters do, exhausted but in a good way, thanks to the film playing like one long and intense chase sequence. Alvarez wrote this film along with frequent collaborator Rodo Sayagues and the duo pull no punches. Along with the suspense, Don’t Breathe is an absolutely brutal film, not for the squeamish. It earns it’s R rating with flying colors. The result is a film that deserves to be seen in theaters with a crowd, in our screening, you could feel the audiences stress level rising with each twist and turn and I wasn’t the only one with their hand on their head freaking out at the character’s situation. 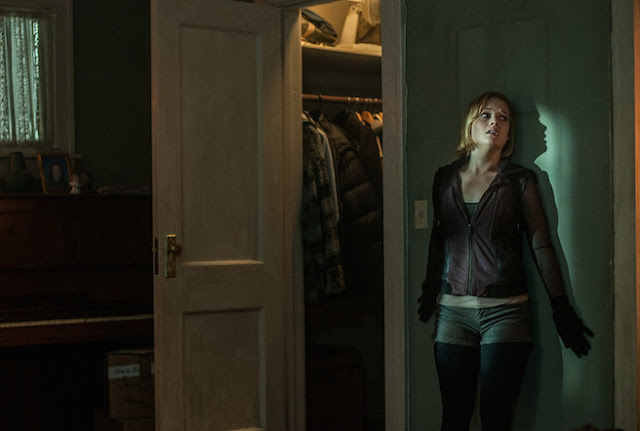 Fede Alvarez has established himself as one of the most promising filmmakers on the horror scene, and just as we were looking forward to seeing what he would give us after Evil Dead, we now look to see what comes after his latest twisted, and beautifully filmed creation. Go support this film and show it some love this weekend, so we can get more original horror films like it. 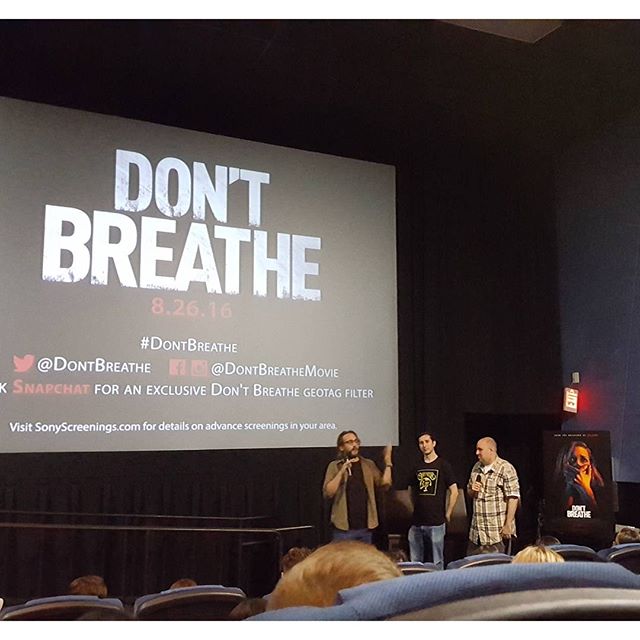 « Previous post
Review: The Triangle
Next post »
For The Love of Horror: A Recap Of The 2016 Popcorn Frights Film Festival