It is finally here, the day we have all been waiting for: Halloween.

Our month long celebration of all things spooky has lead up to this one final day. If you are like me, you do your best to do something no matter how small, Halloween related each day so that you can get every last bit of October fun in before that before that dreaded Nov. 1st date rolls around. But for now, it is a time to rejoice and celebrate. It is a time to carry on traditions that started long before most of us were around. So carve your pumpkins and keep them lit, don your costumes, and most importantly check your candy.

All of these rules are well illustrated in one of my (and many others) favorite films, “Trick r’ Treat.

Trick r’ Treat, as I have written before, is the quintessential Halloween film. So I knew eventually I would want to do a photoset based on it sooner rather than later. It wasn’t until Sheyz and I were shooting our Blood, Babes, and Boogeymen  stuff and I brought up the idea to her, that I knew I would be able to get it done. She was really excited at the prospect of being involved in this shoot based on a film she had a real affinity for. Knowing she was a big fan of Sam and the “Trick r’ Treat” film just made me that much more enthusiastic to prepare and get this shoot done. 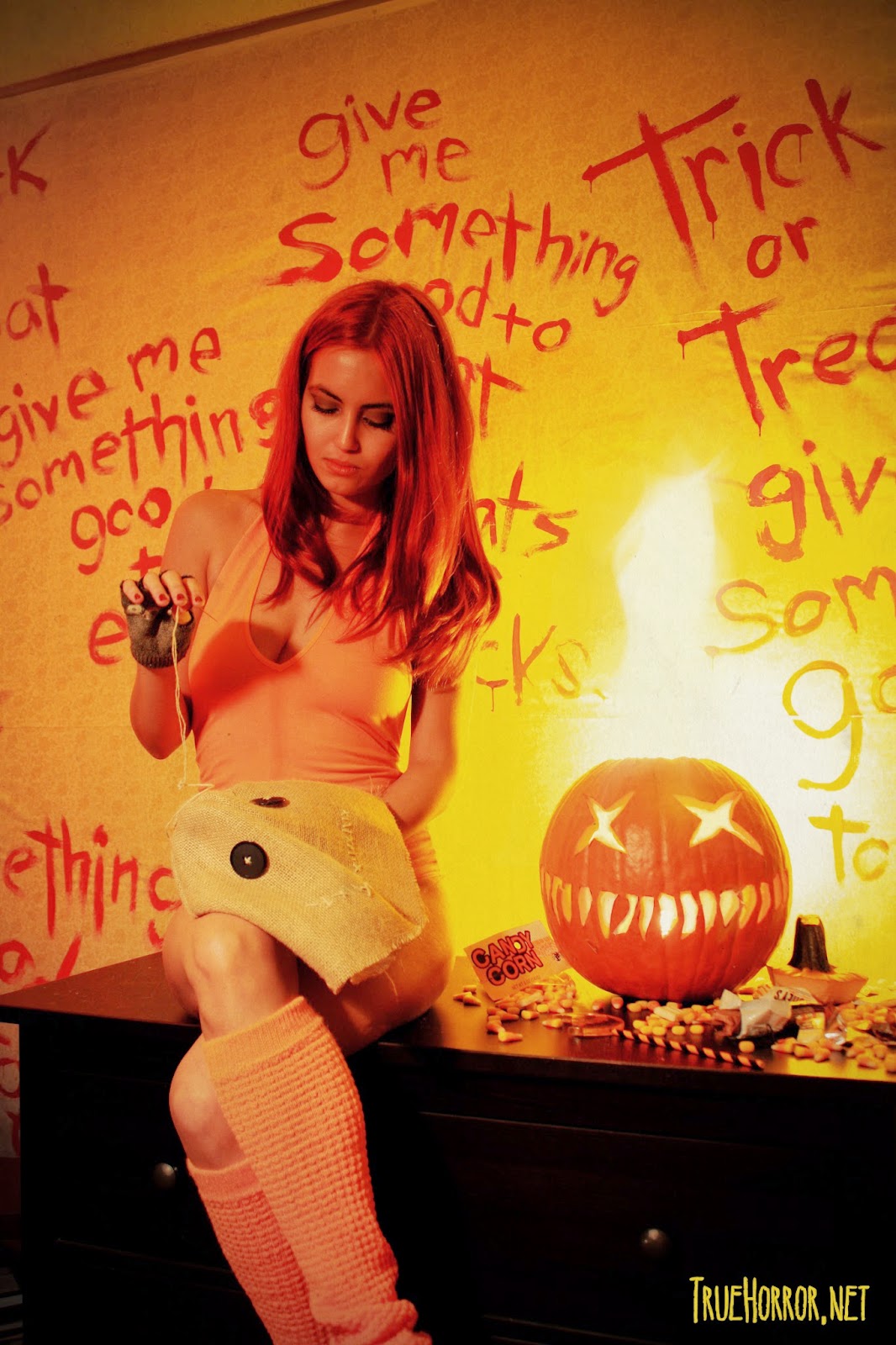 The prep work was a large undertaking as I had to reconfigure my room to look like the scene which we were attempting to recreate, This involved adding wallpaper and the handwriting in blood, which I am glad I opted to do instead of doing it in photoshop as it just would have not been practical or turned out as well.

On top of the wall alterations, there was the obvious pumpkin carving as well as the actual outfit Sheyz is wearing, which had to be dyed the appropriate color, along with the gloves which had to be altered as well to appear to be the correct material and color. The lighting was probably the most important aspect as I needed it to be moody and have a light source to represent the flame coming out of the pumpkin, and not just look like normal lighting. I also have to thank my friend Mirkala who was kind enough to help sew that part of the Sam mask at a very last minute, moments notice. I was really pleased with how it all turned out for doing it within a short time frame. When Sheyz showed up for the shoot, she was excited with how it all turned out and it was all this work that made the photos much easier to shoot. 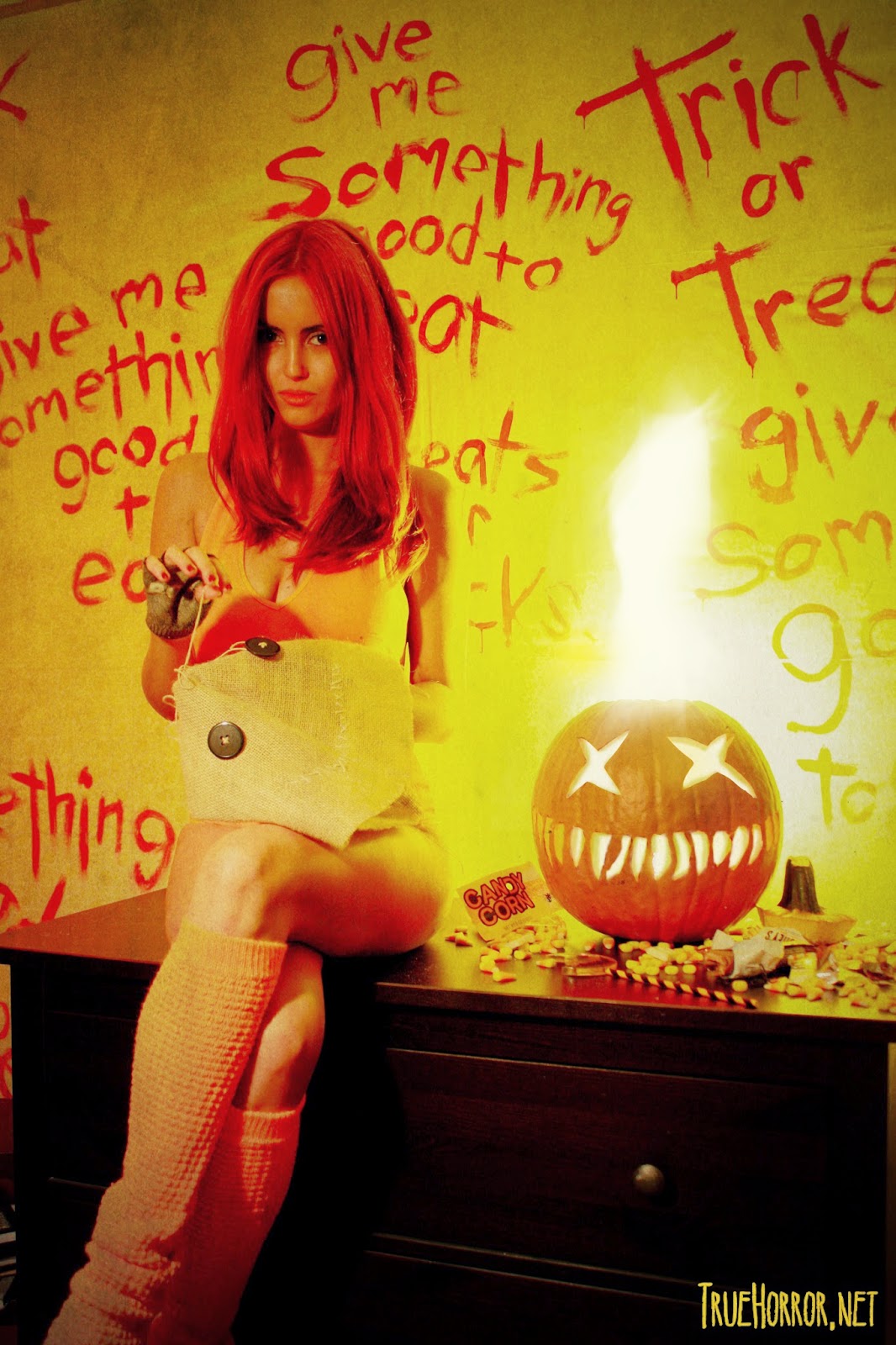 One thing I was not as concerned with was with Sheyla, I already knew that if I was able to pull everything on my end together that she would in turn do her part and provide me with some great shots and that is just what she did. Alot of these shots may look like they are easy to shoot and that they don’t require much effort on her part, but it couldn’t be further from the truth. While the poses themselves are easy for her and come natural. All the other factors involved are things she as the model needs to deal with and adjust to. Whether its a rotating light that just doesn’t stand still, a very uncomfortable surface, or other unseen variables, she did a great job of doing everything necessary to make sure this photset is as great as we both wanted it to be in order to properly send off October on the site in style. I think you all will agree that once everything came together it certainly paid off.

I couldn’t be happier with these images and I am extremely proud with what we were able to produce with such a small prep window. The set up looks great and Sheyz looks amazing. We hope these images get you into the Halloween spirit and hope that we have made all the Trick r’ Treat fans out there proud. Happy Halloween from Myself, Sheyla and TrueHorror.net. 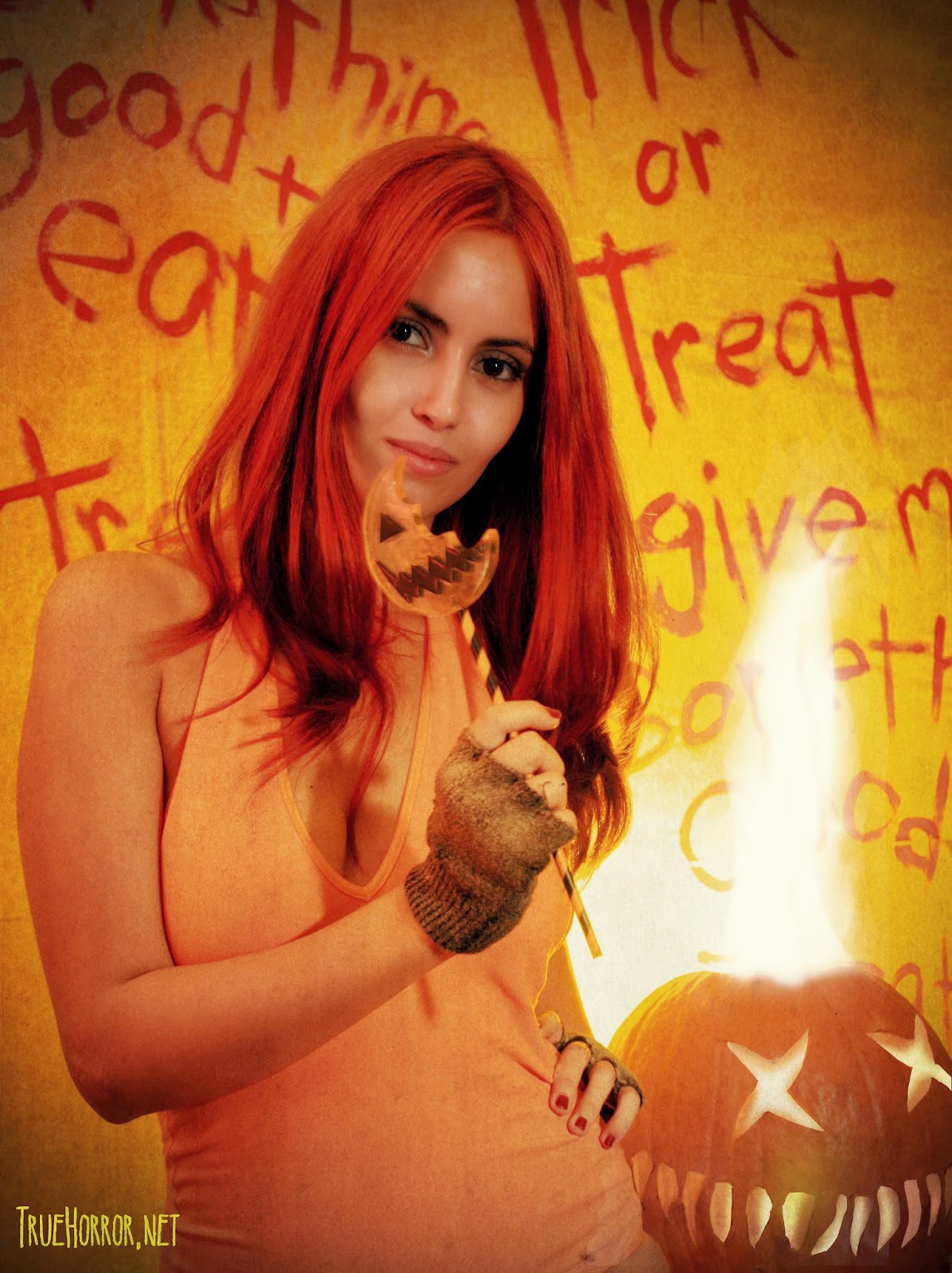 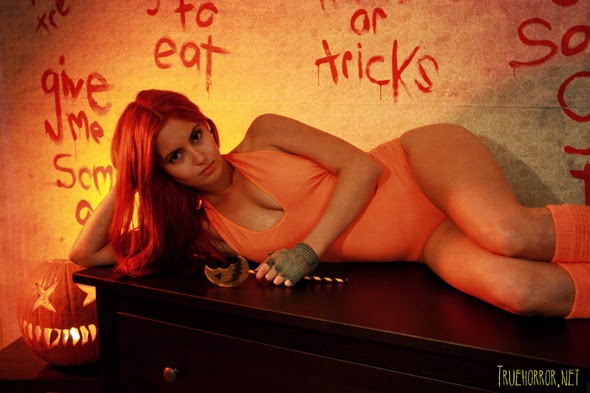 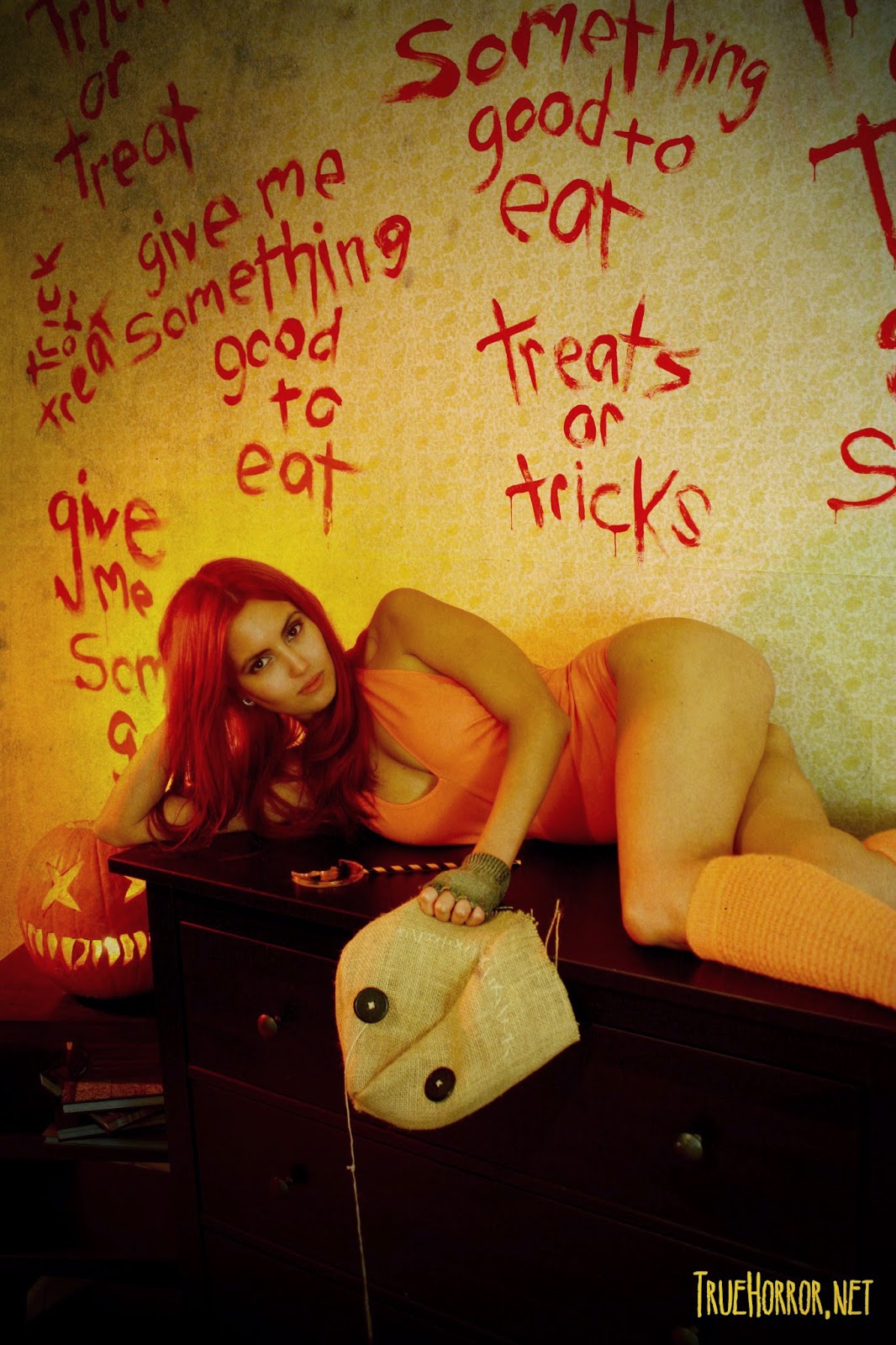 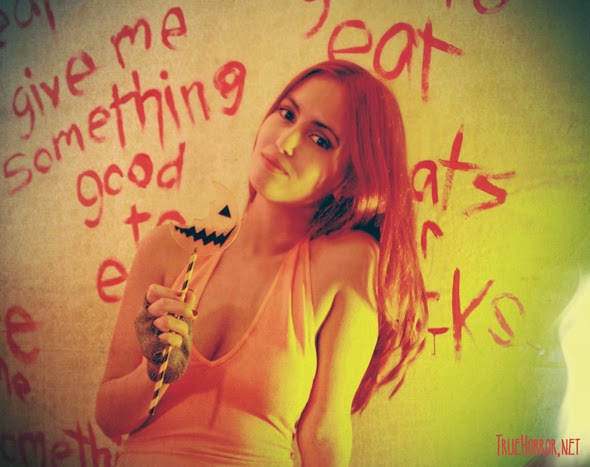 Trick or Treat with Wilnette