Sheyla is Ready for Halloween

We are now in the homestretch everyone!

Halloween is less than a week away and we have reached our final October installment of our “Blood, Babes, & Boogeymen” minimalist photo set series. What better way to close it out (for now) than with the character who is synonymous with the holiday of Halloween, the boogeyman himself, Michael Myers.

When casting all these individual “Blood, Babes, & Boogeymen” I tried my best to match up the individual characters with the girls who could best embody that character in one way or another, whether it be physical appearance, personality or fandom. When it finally came to time to find someone to represent Michael Myers, I immediately thought of Sheyz.

I wanted someone who’s eyes had a certain intensity that I felt necessary to fit the character. So when I ran the idea by her and she said she would be happy to do it, I was really excited as well as relieved that I had filled the shoes of the character who for me, was the most important to have represented in this series for the month of October, without Michael, it would feel very incomplete for me.

As soon as we snapped the first few shots I was really thrilled as I knew these would be as good as I had hoped. 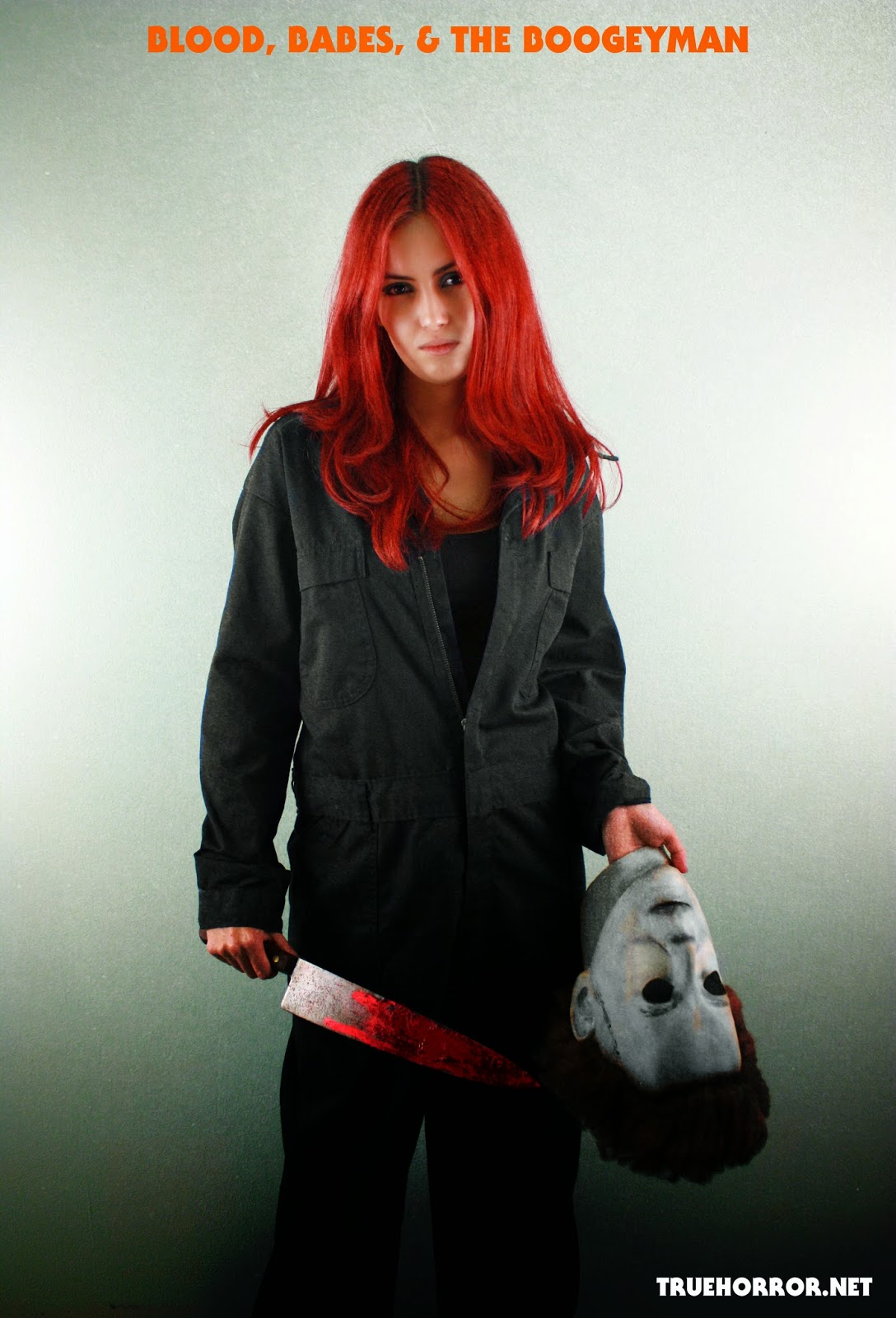 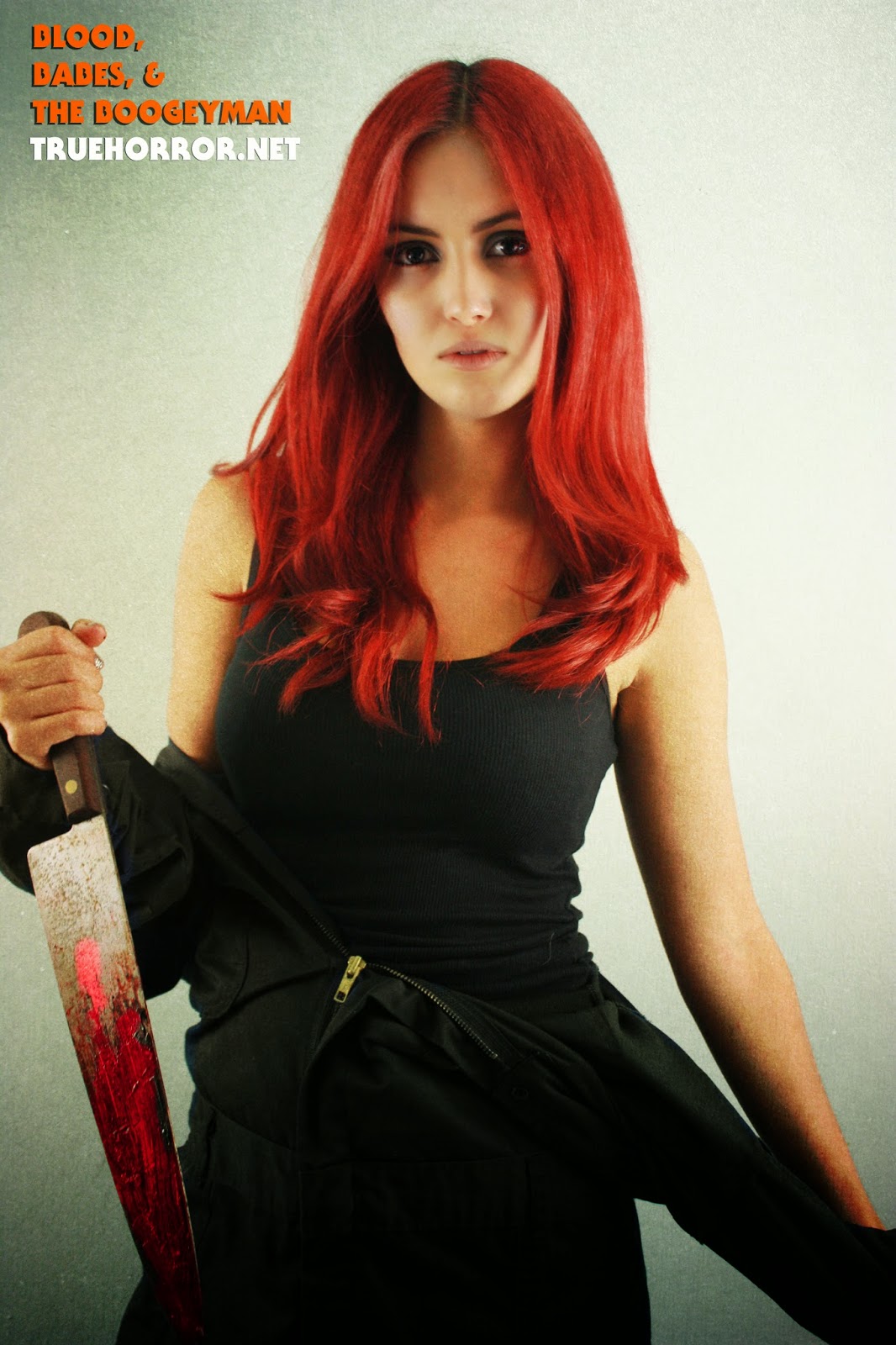 Sheyz was also happy with how they turned out just from seeing the first few shots and that put her at ease as well which resulted in some of my favorite shots from this whole Blood, Babes and Boogeymen series. 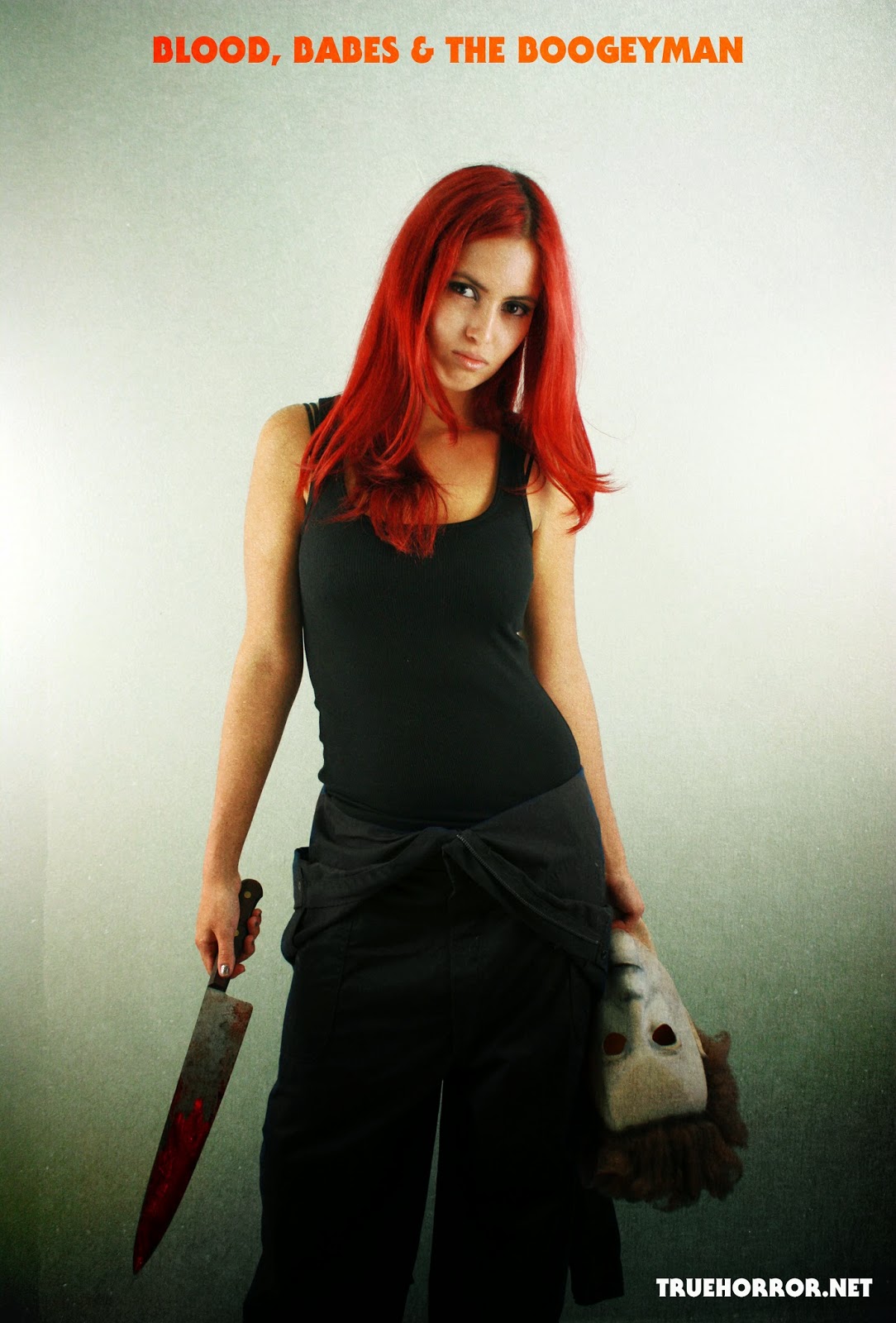 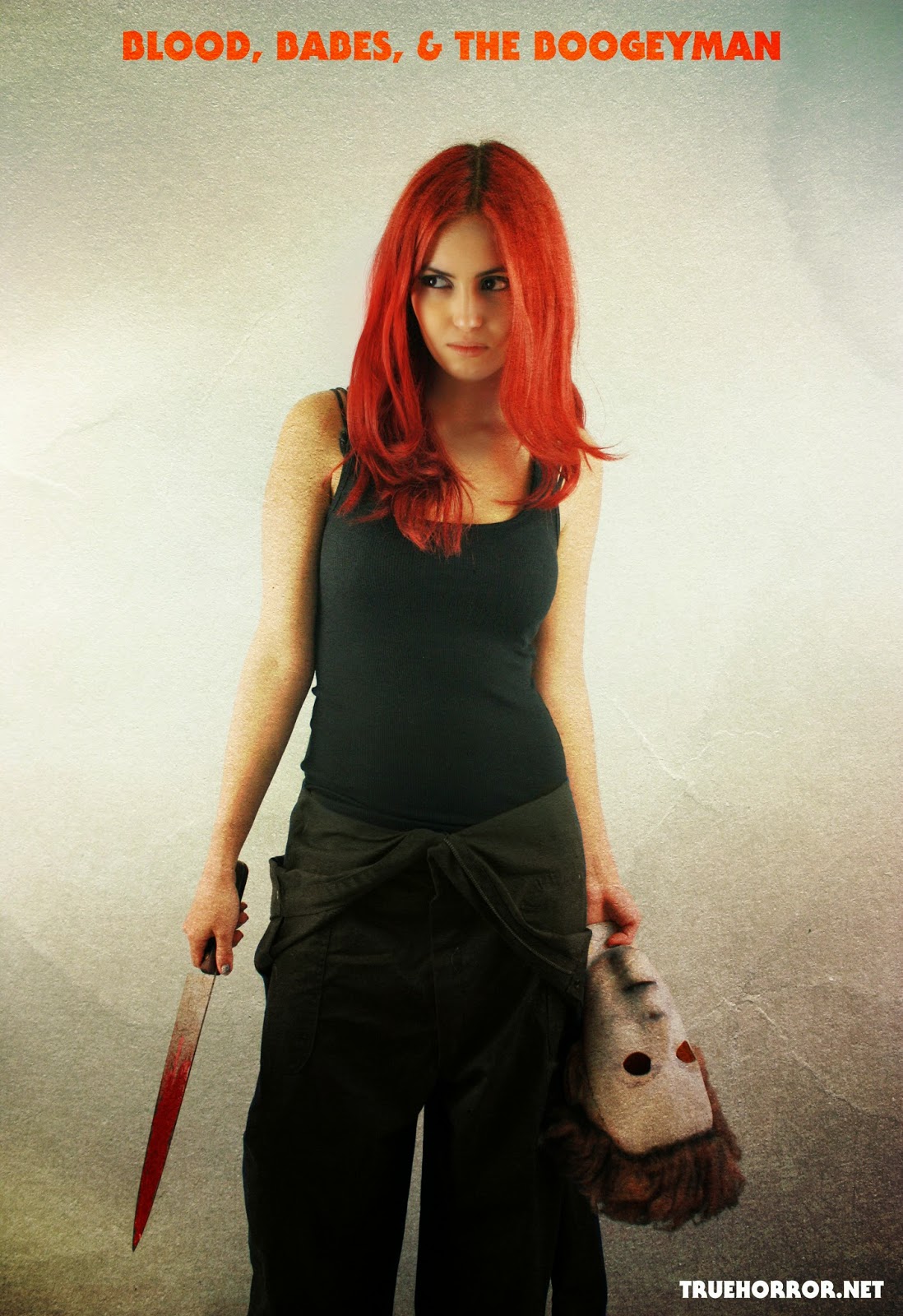 Overall I had a difficult time choosing which of them to edit and include in this post, but I guess that is a good problem to have. Michael Myers is my favorite horror character and I really wanted to make sure the photos representing him were top notch. I am really proud of these photos, Sheyz looks awesome, wields the knife well and she really delivers an intangible quality to them. We definitely feel they are a great way to start off this final week of October and hope you dig them as an addition to the series of sets that has come before them. 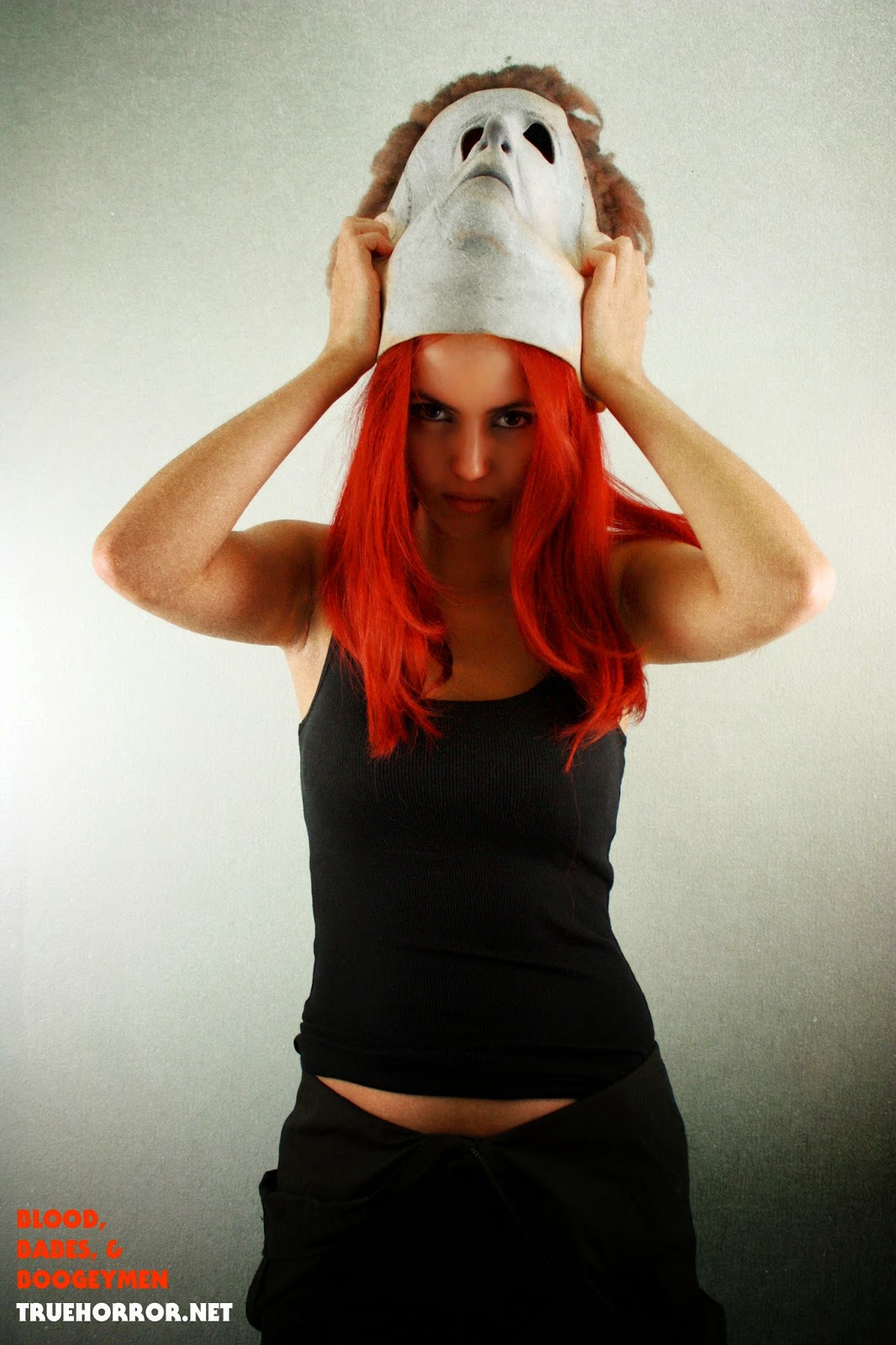 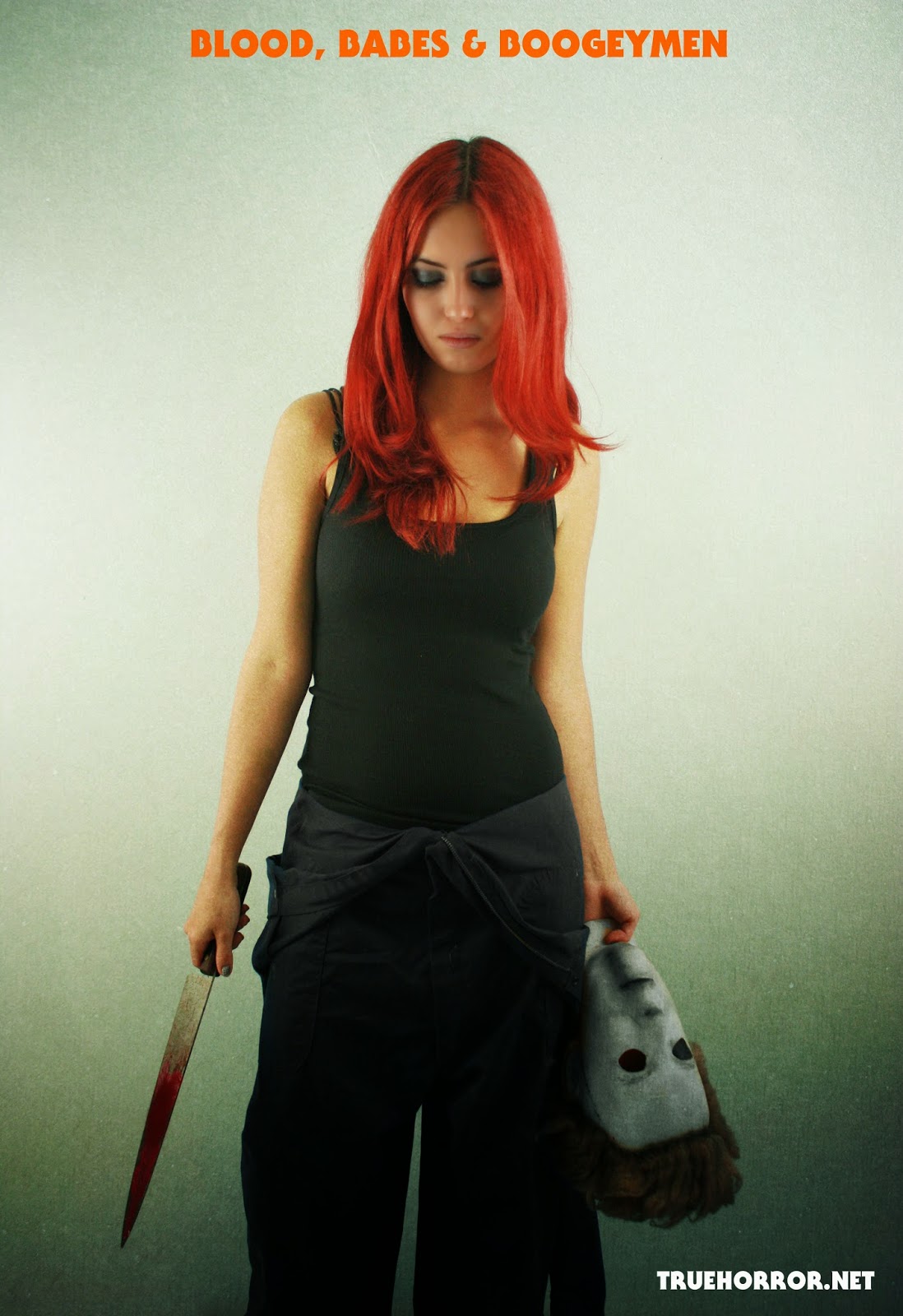