This year at the Popcorn Frights Film Festival, I met an enthusiastic horror fan by the name of Andreina. She attended every single night of the film fest and it was always fun discussing the films with her afterwards. I gave her a few flyers and my card, and she soon hit me up, with interest in doing a shoot. So after some deliberation on what to do, we settled in on something that I thought would be fun to shoot and appropriately creepy as well. So here they are! 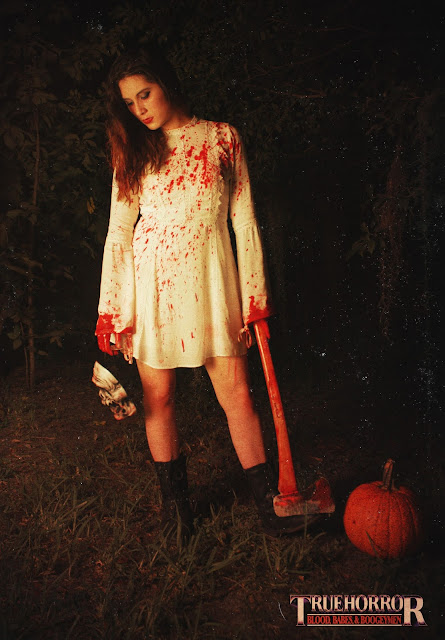 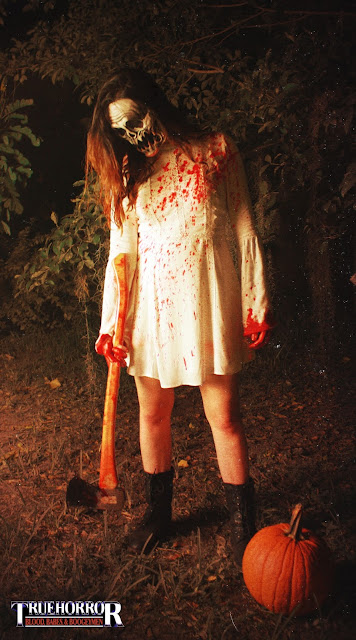 Andreina was such a pleasure to shoot with, she was patient, helpful and totally committed. She happily asked for more blood on a few occasions and she was absolutely right each time. Shooting can at times be stressful, especially given that these were outdoor shots. I have to thank my friends Dave and Lisa for allowing us to bloody up their back yard. It worked out perfectly and gave us a place where we could take our time to get what we needed. I thought for sure it would pour and it started to drizzle for a bit, but we lucked out and were able to get it all done with little to no hassle. 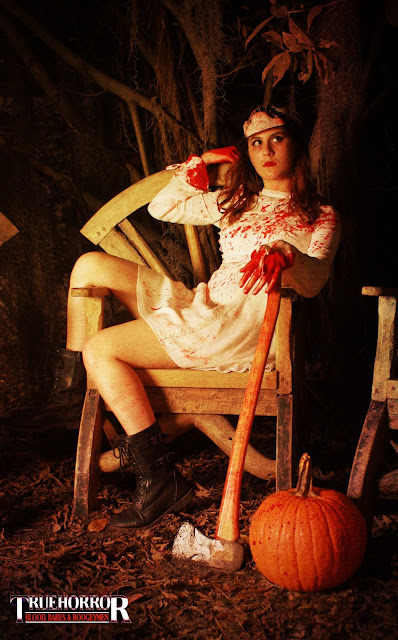 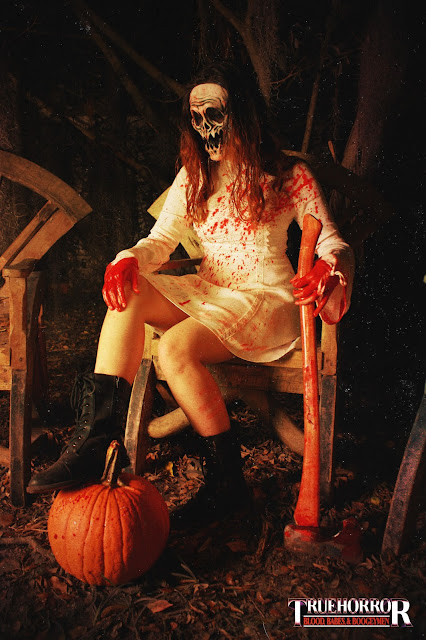 For these shots we deliberated for a while on just what concept to shoot, I was unsure until I found this cheap mask. It didn’t look like much, but I knew with the right outfit and setting it could be effective. I showed it to Andreina and we went over outfit ideas, and the very next day she texted me showing me she had found the perfect dress to go with the mask. It was exactly as I had hoped. One of the most fun parts of any shoot is coming up with an outfit that not only looks good but looks good on the model as well. I feel we definitely accomplished that. We hope you enjoy these photos, as it was just a fun time creating them, and a great way to get into the spirit of the season. Below check out a few more shots as well as a few behind the scenes outtakes. I hope that we can at some point do a sequel to these photos, as I feel there is potential for more creepy goodness. 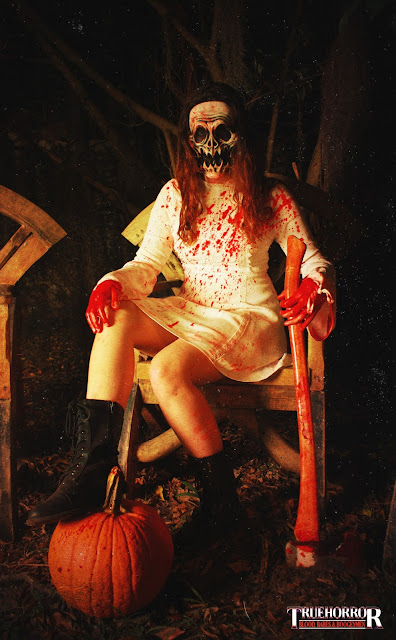 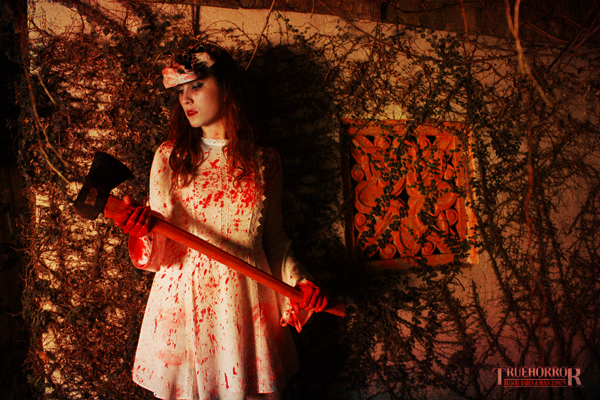 Check out a few behind the scenes shots, as Andreina REALLY loved that bloody axe! 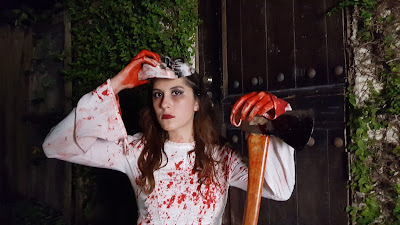 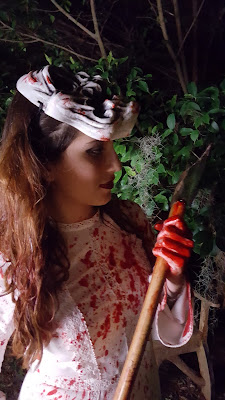 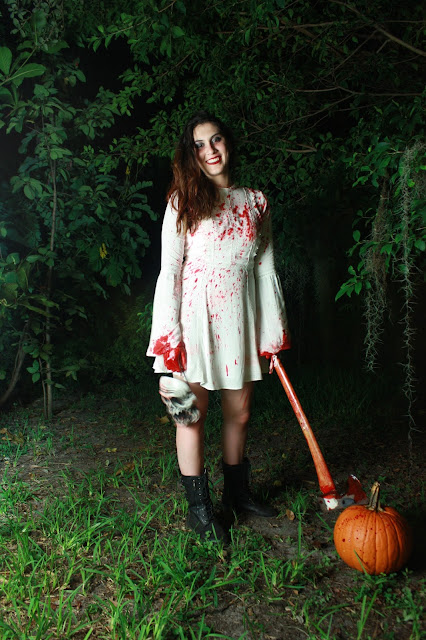 Deb Revs Up Her Texas Chainsaw