As anyone who visits the site often enoguh or follows us on instagram know, we love our movie posters and we especially love creating them for movies that don’t exist. So when thinking about what would be the next one, I knew I wanted to do something to capitalize on the vinyl craze that has been so prevalent in recent years. So while thinking about haunted or evil records, of course Rob Zombies “Lords of Salem” comes to mind, but I wanted to do something different than that. More of a possession by music that causes you to kill type thing. After kicking around the idea some more and going through various iterations of it, “Warped” was born. 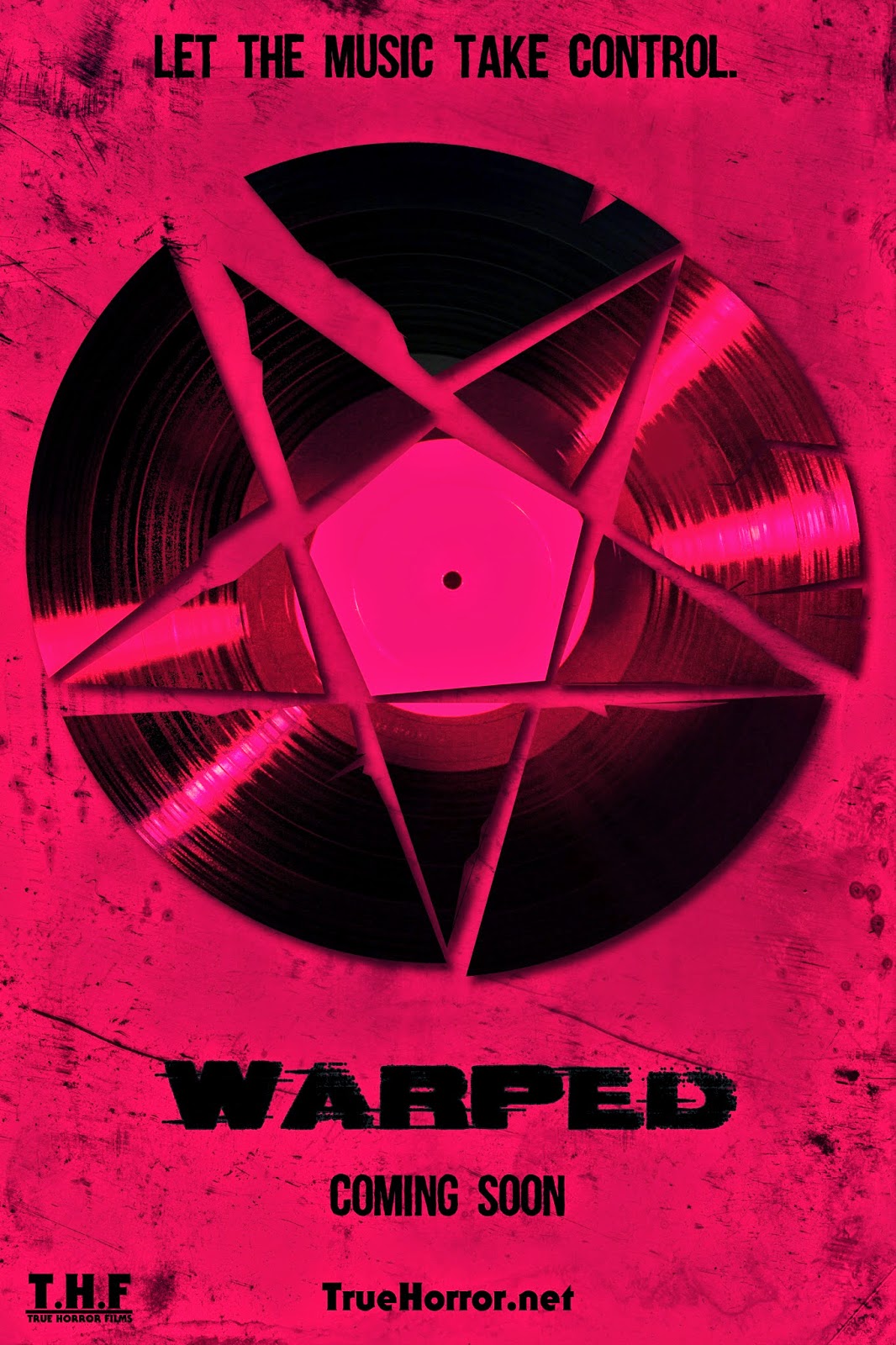 The above “teaser” image came about by me just wanting to get the creative juices flowing and since I can’t always just up and shoot something new with a model, sometimes I have to create some images in other ways. Since I knew I was going to do something based on Vinyl, discussing it with my good buddy and collaborator Matt Durston who greatly helped me conceptualize alot of this project , this idea above came to life. Now to clarify, I am not into Satanic anything, but as a horror fan it’s obviously a familiar subject matter, still it is one I never thought about touching until now that I figured out a more unique way of going about it. I then talked to Erika, who had a great time shooting our 8-Bit Jason inspired set from our Blood, Babes and Boogeymen series. She had mentioned to me previously how she wanted to do some type of “possession” shoot and this would give her an opportunity to do so in a way that was not the usual exorcist motif. Erika is always a great deal of fun to shoot with and is always happy to do whatever is necessary for us to get the shots we need. Thankfully she trusts me to be able to bring them to life once she is done doing her part. I also have to give much credit to the aforementioned Matt Durston, as he was integral in helping me break the bit of a creativity block I had when working on this,  I was sick during the week and couldn’t crack this one to make it pop till he chipped in his ideas, so this is definitely a co production with him and he will be contributing to many future projects as well as I definitely consider him part of the TH team. In the end all the parts came together to create what I think is a vivid and striking image that sells the idea of possession and evil while appealing to the vinyl crowd. As well as seeming like the next progression to the teaser image. We hope you dig it. There will be additional related images coming soon so stay tuned for those as well. 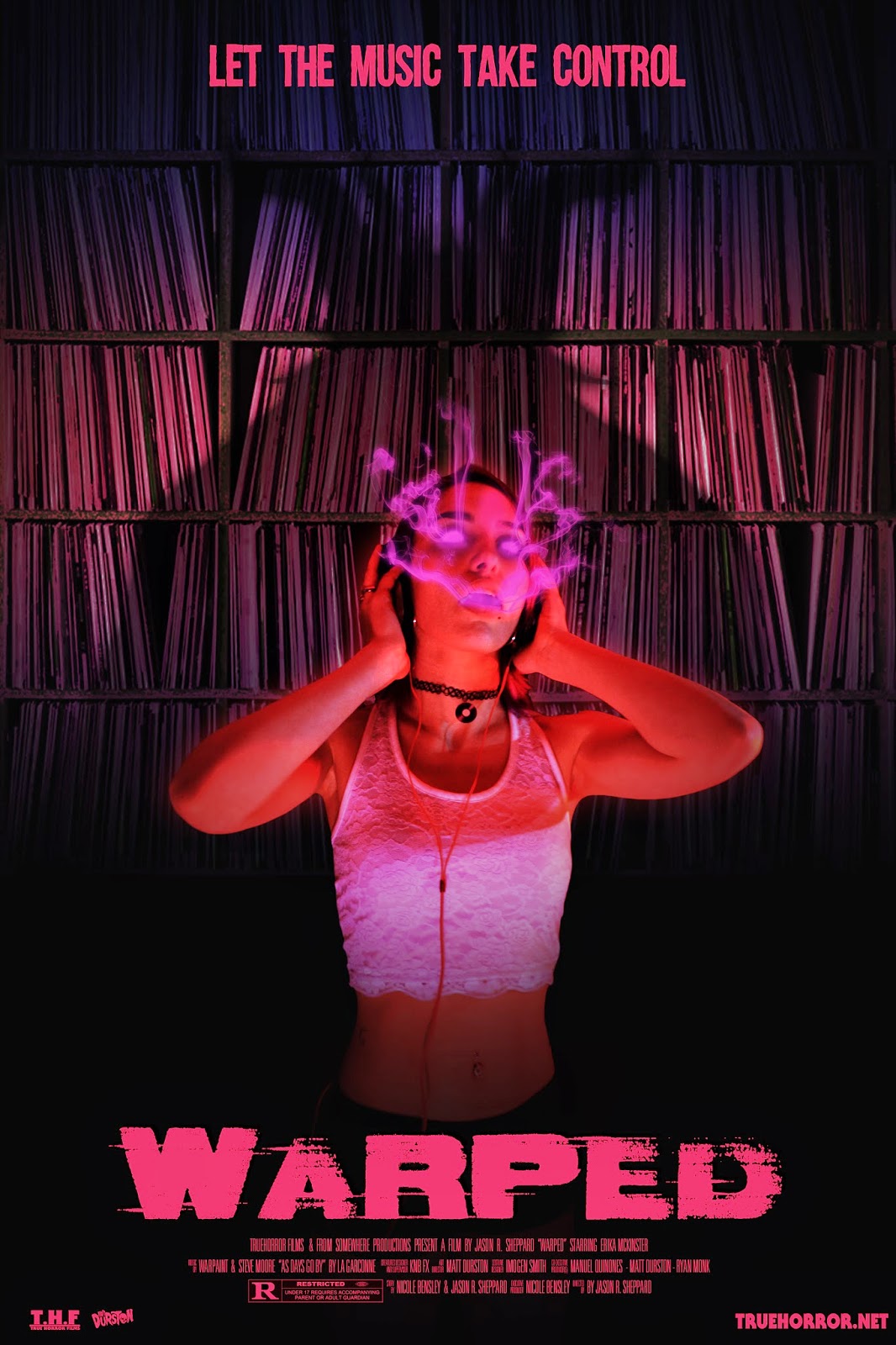