There are some things from our childhood that make such big impressions on us that we hold onto and value them throughout our lives. When a large group of people hold onto the same thing, it takes on a life all it’s own as a cultural phenomenon. Transformers, Star Wars, G.I. Joe, He-Man, Spider-Man, Batman were all huge parts of millions of peoples childhood, myself included. As I got a little older my interests changed and I moved on from He-Man and Star Wars and eventually landed on Aliens and Predator. 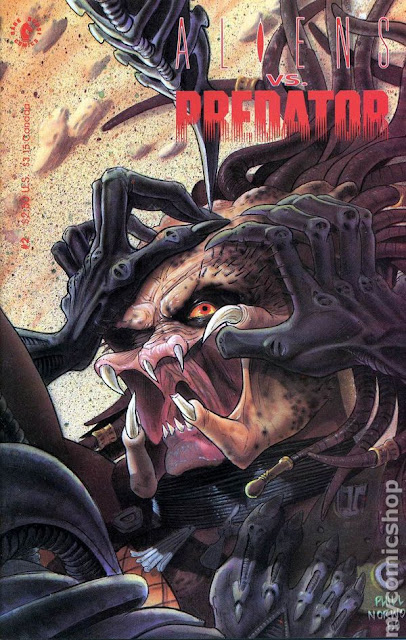 In the summer of 1987 I was still just 6 years old and very much into all those things but at a friends birthday sleepover we were all introduced to ALIENS via VHS. His dad felt it was the right movie for us as young kids to watch. He was right, even though the Aliens, Chestbursters and Facehuggers scared the shit out of us, we loved it just the same because it was freaking awesome. Remember this was 1987 a year when parents didn’t coddle their children. If we could deal with Luke Skywalker losing a hand, Serpentor killing Duke and the traumatic death of Optimus Prime, we could certainly handle a little bloodshed and carnage. 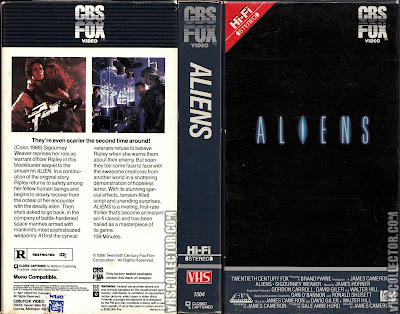 So that year when we started to see these cool posters that simply said “Schwarzenegger” and the title Predator on it. We were all excited, even if we had no clue what it was about, we just knew he was cool and heard it was going to be a good movie. Soon enough I got to finally watch Predator and it blew my mind. I loved everything about it, Arnold and his soldiers were the ultimate badasses and they were being hunted by what would become one of the greatest movie monsters of all time. 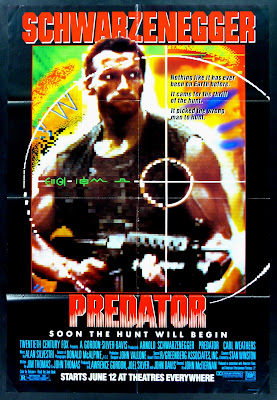 Soon after came the Aliens vs Predator comics (as well as their individual series) from Dark Horse and that just helped take my fandom to a whole new level. I think the culmination of everything was when Kenner finally released their toy lines for both properties. I sadly don’t remember which Predator was the first I ever got, but I remember one night in Manhattan going into some obscure toy store(so many good ones back then) and finding them for the first time, seeing the Scorpion Alien and being so happy to have a representation in plastic of these creatures. Eventually the Alien vs Predator 2 pack came out and that to me was the best it could get, the closest to the movies we would ever see in toy form. Fast forward to 2016 and the love for Predator remains the same but the quality of the collectibles have changed…and thankfully for the better! 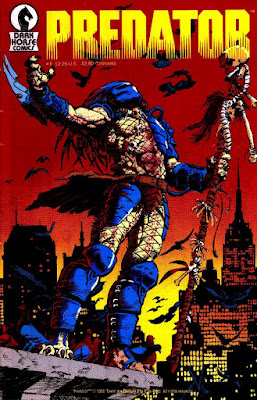 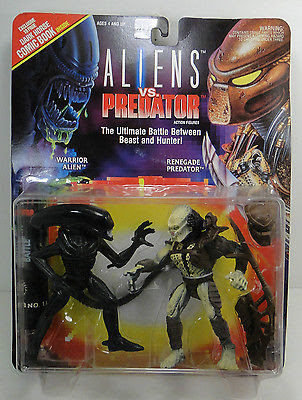 NECA the company who has brought so many great cinematic characters to life in the form of awesome and highly detailed action figures has had the Predator (and Alien) licenses for quite some time now.  Years prior McFarlane toys reintroduced the properties to modern day collectors with solid if not imperfect interpretations of the main creatures. They eventually did only the few main creatures for each film and that was it. Eventually NECA acquired the license and have been churning out series after series of successful Predators, Aliens and even integral human characters like Schwarzenegger’s Dutch and Sigourney Weaver’s Ellen Ripley. With improved sculpts and articulation, these figures have set the new standard for the properties and continue to be a gold mine for the company. They have even updated those old Kenner lines and recreated the characters who were such zany creations as Lava Planet Predator and Cracked Tusk Predator and updated them to modern standards with popular results. During their run they provided us with a few great looking 1/4 scale Predators already, Masked and unmasked versions of the Jungle Hunter (Predator 1) and City Hunter (Predator 2) as well as a few other Predator characters. Their latest is a “Special Edition” of the Jungle Hunter and it lives up to that title.

As anyone who has purchased a NECA figure and more specifically one of their Predator figures knows, the sculpting and likeness on the figures is generally top notch. That is the case here as well. This new 1/4 scale Predator looks as if it stepped off the screen and into your home. The attention to detail is superb and everything looks as it should. From the actual netting (not painted on netting) to the skull band across his chest. This Predator perfectly recreates the iconic look from the original film. The figure comes with the usual multiple points of articulation and it also includes an extra right hand made into a fist as well in the event you want to have him in more of striking pose on his gauntlet equipped arm. 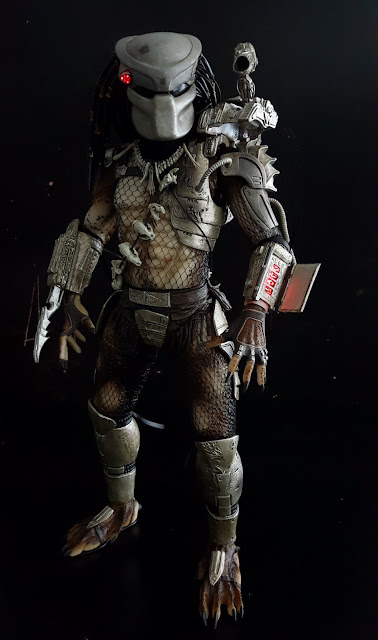 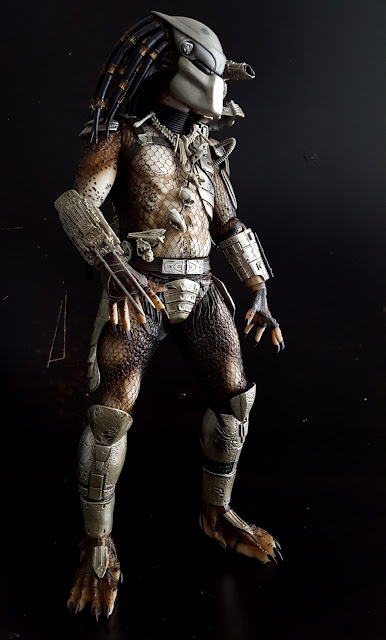 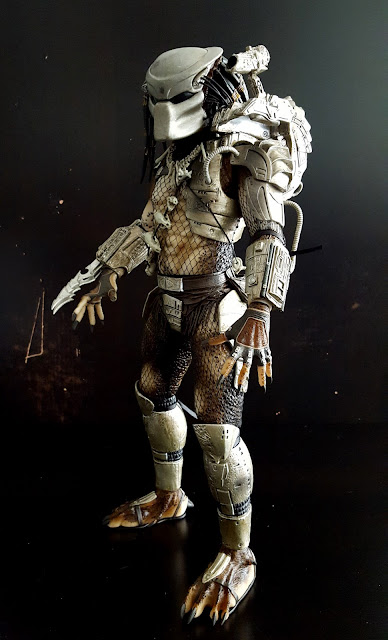 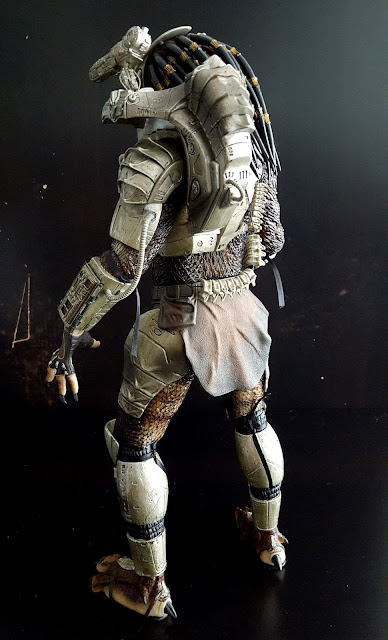 One of the big selling points on this new version of the Jungle Hunter Predator is the inclusion of LED lights in his helmet and wrist computer. It was something that when I originally heard about it I didn’t care too much about it one way or another. However after seeing it in person, I find it to be a very cool addition that while I won’t have them on much, they are still fun for photographing and showing off to friends  It is another nice detail that NECA has added to give the figure some extra value and wow factor. It works really well, particularly in the computer gauntlet control panel that powers his helmets and weaponry as well as controls the nuclear bomb housed within as seen in the film. ( Note in order to operate the lights on the helmet you need to carefully remove the helmet, then pull out the plastic strip inside that keeps it in place. Instructions for both are on the bottom of the box) 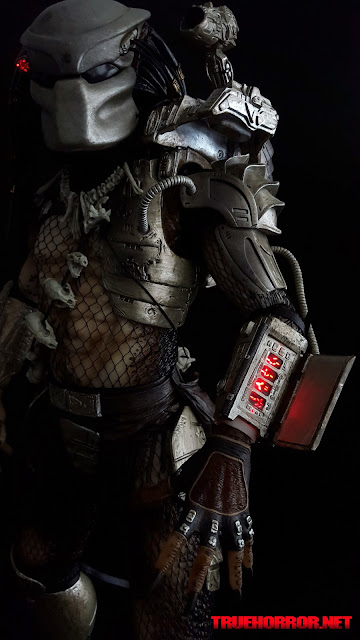 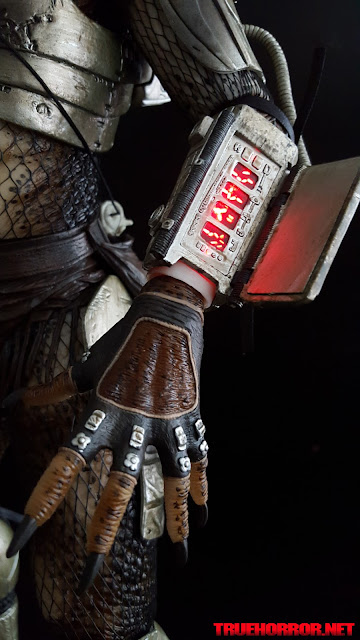 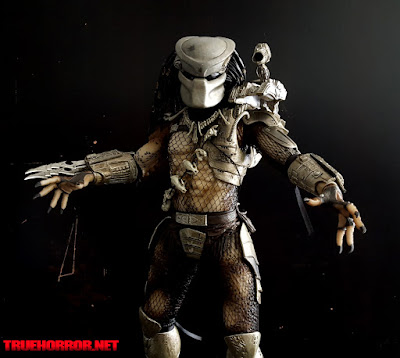 The poseability on the Predator is pretty good, I generally try not to mess around too much with joints for fear of loosening them too much. However the Predator has cut joints as opposed to ball joints at his hips so his range of motion there is limited but the figure looks all the better for it, but you won’t be getting him in any Predator like crouching positions. Still there is enough there to get him in some pretty cool and natural looking stances.

Paint applications on the Predator is pretty close to flawless. Everything is neat and as it should be, all shading and blending is done perfectly. The weathering on the helmet and equipment is also nicely handled. The skin even has a nice gloss to it that makes it feel more “alive.” 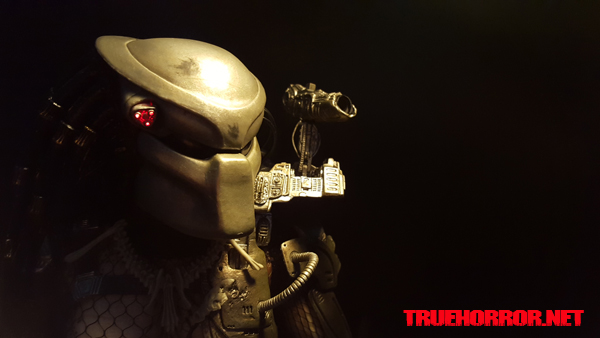 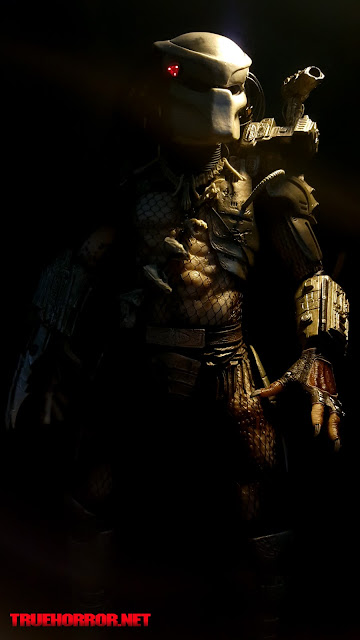 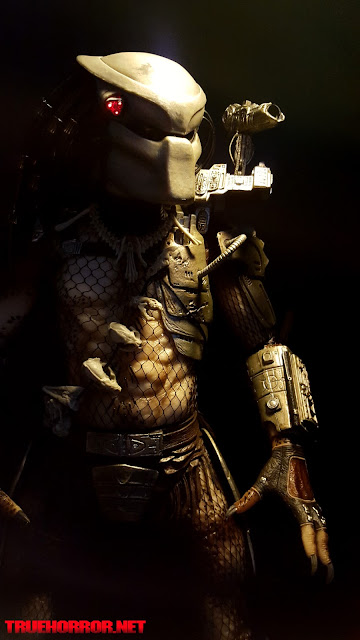 The Predator is easily one of the greatest sci fi alien creatures put to film. I don’t think many will debate this statement. In my opinion it is second only to another famous space creature, the Xenomorph from the Alien series. The two 20th Century Fox icons have a long history of butting heads throughout their existence. Starting with the aforementioned Dark Horse comic series and one of the coolest moments in the Predator franchise, the scene in Predator 2 where Danny Glover’s Lt. Hartigan discovers the Predator’s trophy room aboard their ship and we see clear as day an Alien skull hanging on the wall. I remember seeing that and losing my mind. While sadly the actual Alien vs Predator films ranged from awful to terrible, their most recent pairing in figure form is something to rejoice over. Two months ago we reviewed NECA’s 1/4 Alien from the original film. (known to studios fans as Big Chap) We gave it rave reviews and it’s arrival only made us more excited to receive our Predator. The two look fantastic together and could easily be the centerpiece of any Alien and Predator fan. As they both stand approximately 20 and 22 inches tall. They are impressive. 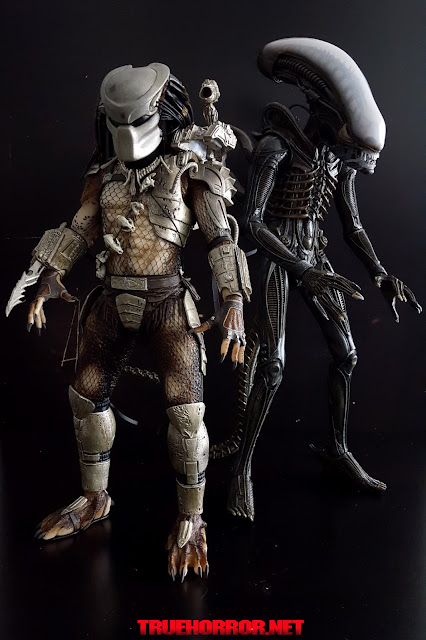 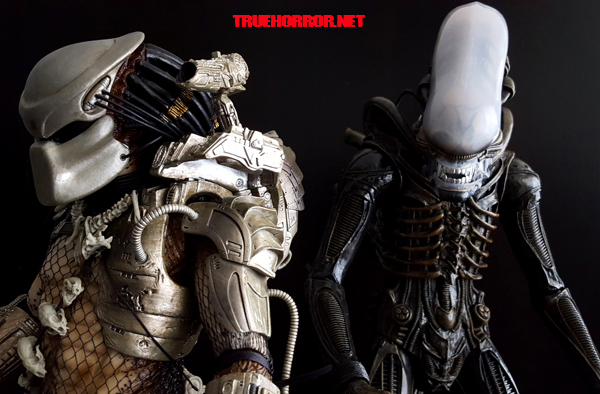 The Special Edition Jungle Hunter Predator is a must buy for Predator fans. It’s price point at just around a 100 bucks makes it a great value. Especially given the size and detail it possesses. There are plenty of Predator items and collectibles on the market. Some are very nice, but you would be hard pressed to find one this cool for such a deal. The only qualm I might have is that it would have been awesome for it to come with the unmasked head as well, but that would have certainly added to the price and would have taken away another opportunity for NECA to maximize profits later on by releases a maskless version. I highly recommend this figure to anyone who is on the fence, I find that if you have even the slightest interest, any worries about the price or the figure will be nullified once you pull it out of it’s box and set it up for display (OPEN YOUR TOYS PEOPLE)  If you wanted to look at it in the box you could have left it at the store! This guy deserves to be seen in all his glory because Dutch would be wrong to call this figure an “Ugly Motherfucker.” 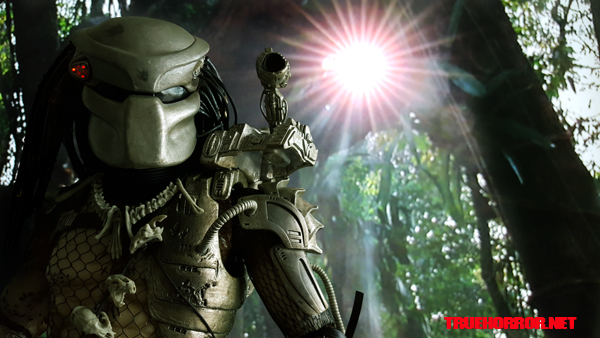