It’s no secret that I’m a huge “Child’s Play” fan.

I wanted to do something new inspired by the films and, after discussing ideas with Krystal (who is one of my new favorite people to collaborate with), we decided to do a shoot inspired by the breakfast scene from the original movie. For those who aren’t aware, in the film 6-year-old Andy Barclay makes his mother breakfast in bed. It’s one of the cutest scenes you will see in a horror film and it helps show audiences what a great bond the two have. The best part of it is that Andy isn’t very adept at making breakfast just yet, but he tries his best by preparing a messy tray featuring an overflowing bowl of Good Guy cereal that’s saturated with heaps of spooned-on sugar and way too much milk, severely burnt wheat toast topped with a giant spoonful of country crock margarine, and a glass of dripping orange juice all nicely mixed together at the bottom of the tray.While making the breakfast, Andy is of course watching his favorite “Good Guys” cartoon, which spawned the infamous doll. 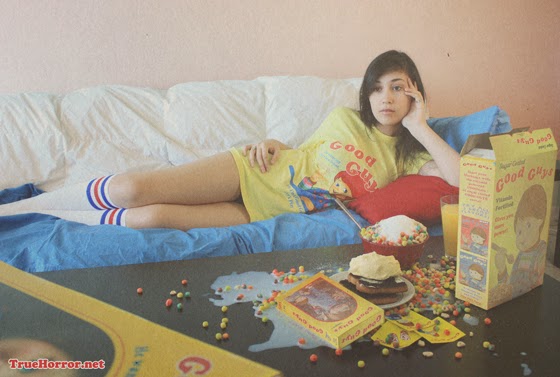 So what Krystal and I have done is a shoot inspired by this scene. She enjoys the very same breakfast Andy made for his mother, right down to the Good Guy cereal! Of Course her morning wouldn’t be complete without watching her favorite cartoon, “Good Guys,” which she has on VHS ready to go on the table. To compliment all of the Good Guy goodies, we have a special guest joining her for breakfast, too! 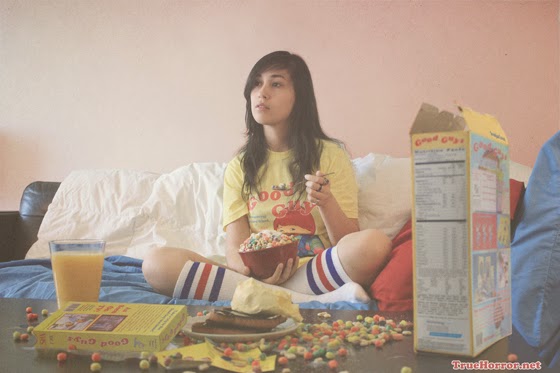 I was really excited about doing these photos. We thought they would be fun to set up and shoot and it turns out we were right. I think she looks great in the outfit we picked out and it works perfectly with the retro feel we were going with. Part of the fun in putting these photos together is adding the details that keep things as movie-accurate as possible. It’s even more fun adding my own made-up details to things such as the cereal box and the VHS tape (look closely). I also included two “advertisements” for the products you see in the photos, such as the Good Guys cereal and VHS. 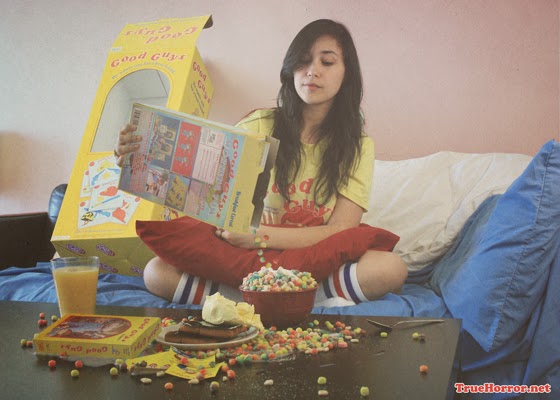 Special thanks to Mirkala who helped out a great deal on this shoot! We hope you enjoy this photo set as much as we enjoyed creating it; It really was a labor of love that shows through in the end product! Hope you all enjoy your breakfasts and have a GOOD Morning! 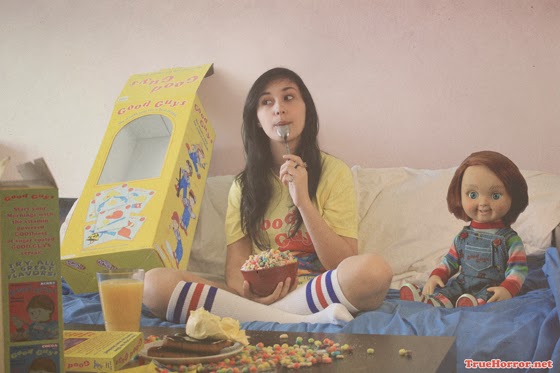 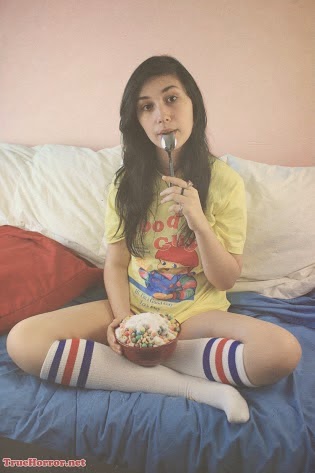 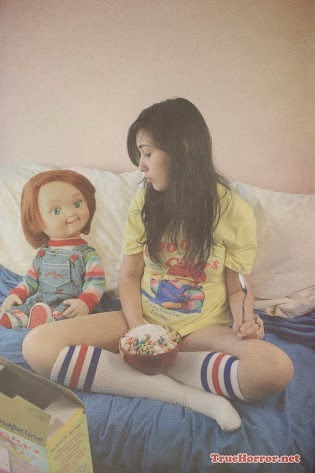 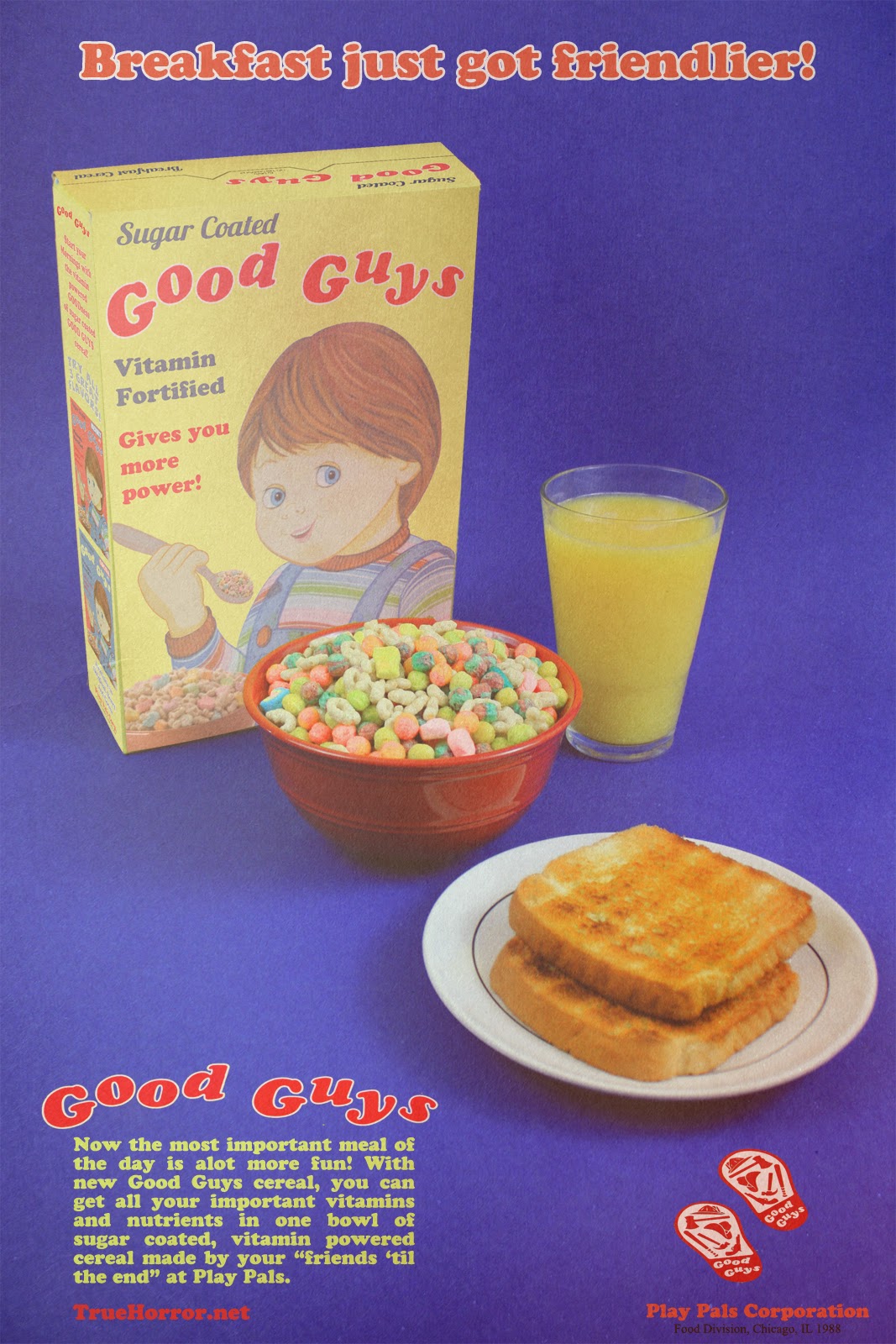 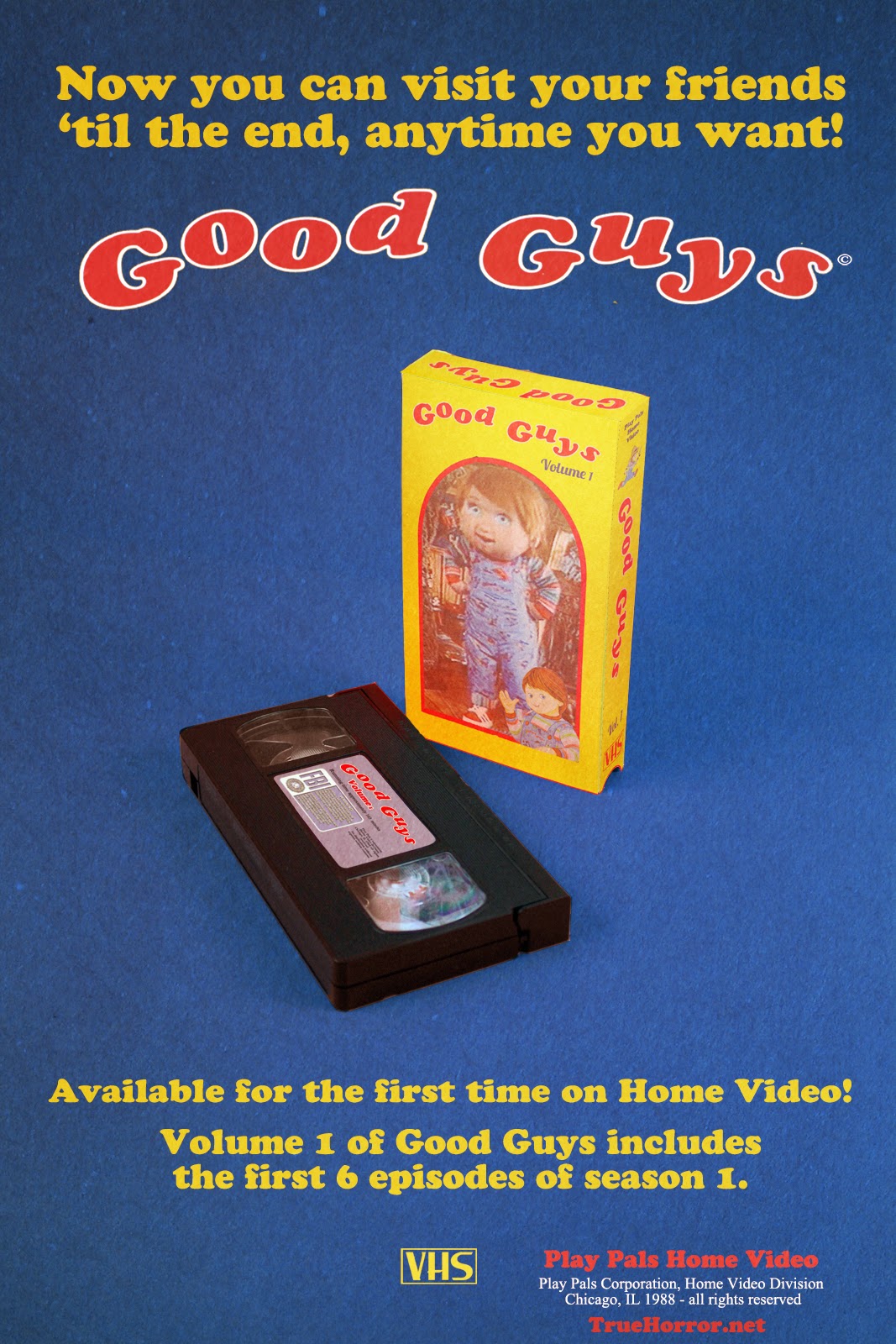 Marilyn Says You're Next