It’s Friday the 13th again! Which means everyone will celebrate by watching Friday the 13th movies and enjoying the exploits of Jason Voorhees, as he slashes his way through teenagers and sequels alike. If you are keeping track Jason’s film total stands at 12. One through X to Freddy vs Jason and finally the 2009 version. As most fans have heard by now, a new Jason film is in the works but has been pushed back yet again. It is now slated to open on January 13th, 2017. Apart from the early rumblings it would be a found footage flick (an angle that thankfully seems to have been scrapped) and some comments from producers wrongly stating that fans want to know where Jason gets his power from, not much is known about what to expect from the upcoming installment.

While I love the series for all the same reasons everyone else does, I don’t think that I could actually consider any film in the series a GOOD film. The series has it’s definite high points and absolute low points, but I have yet to feel like any of them really transcend being anything more than entertaining slasher films, which there is absolutely nothing wrong with. I am also inclined to agree with a friend who recently while discussing the films stated considered part 4 to be the definitive slasher film. These are the perfect films to watch with a group of friends late at night with some popcorn, drinks and laughs. Still, there is plenty of room for improvement and the possibility of a truly great Friday the 13th film still exists (though with platinum dunes in charge, the possibility is much lower) At this point there have been many things done with Jason, pitting him against Freddy(something that should have been so much better), sending him to outer space in the future (terrible but fun) and there is even that one time he spent 2 minutes in Times Square. So while I have no power over what happens with this next film, there are some things I want to see in a Jason film, that would go a long way to making it a more interesting and satisfying.

1. CRYSTAL LAKE IN THE WINTER.

This is something I have seen requested and wanted over and over again. I couldn’t agree more. I realize some people want Jason OUT of Crystal Lake to give us something new, but the Camp blanketed in snow and the lake frozen would already give us a new setting for Jason to stalk and do his thing. In addition to providing some new kill possibilities for Voorhees (Think icicles and the sub zero temperatures in the lake) the visual possibilities are exciting as well. I for one would love to see Jason walk through a blizzard while he hacks away at his victims. Also yes, Camps are closed in the winter, so that could lead to… 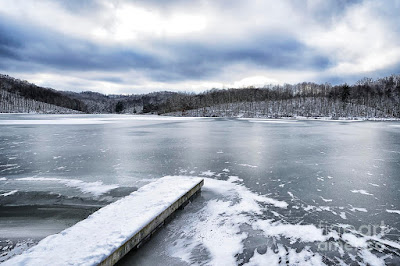 While part of the fun of a Friday the 13th movie is watching camp counselors get slaughtered, Camps generally aren’t open in the winter, perhaps have Jason stalk a group of hunters who encroach on his territory. A group of hunters would provide more of a challenge to Jason while still being vulnerable, especially when not expecting him. Hunters being hunted (ala Predator) would also offer a different kind of dynamic and parallel not generally seen in a Friday the 13th film. This would offer a chance as well for… 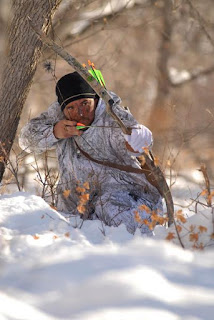 As stated earlier, part of the charm of the early Friday films were the teen characters that were dispatched one by one. The problem with these characters is there wasn’t much room for emotional depth in a group of kids looking to get high and get laid. By bringing in a group of the aforementioned hunters, you are able (with proper writing) to bring a new twist to the story and perhaps result in a much more serious story with some characters (again all in the writing) who aren’t just a bunch of cliche’s and machete fodder, which will give the proceedings some real stakes. Obviously this is something that would have to be worked on much deeper to successfully accomplish it, but a Friday film played straight would also result in…

4. A MORE MENACING AND FRIGHTENING JASON

I will give the Platinum Dunes F13 film one thing and one thing only( I hated that film), they certainly attempted to make Jason scarier and more brutal while implementing (only marginally successfully in my opinion) some survivalist tactics in his arsenal and behavior, however when the victims are a bunch of non likable, illogical, caricatures, it makes what Jason does have less of an impact. Having Jason take on a group of survivalist/hunter types who can handle themselves will again raise the stakes and make Jason’s victories against them all the more earned as well as bring a new level of menace to his stature. Still I think another way to make him a bit more scary is to go back to the more feral behavior that was found back in the first 3 movies featuring him, where he was more wild and less calculating. He lives in the woods and as such should be a bit animalistic in his behavior. I think giving him that sort of unpredictable nature would go a long way to restoring some of his creepiness that was more prevalent in the early films and bring the character back to his roots. He is NOT Michael Myers, he is not cunning, and not as smart as Michael, nor should he behave like Michael. He has his own personality and it should be prevalent in this new film.

5. A DIRECTOR WITH A VISION

One thing I think most Friday the 13th films if not all of them suffer from, is never really having a visual director, easiest way I can explain what I mean is…no one will ever analyze shot compositions the way they do John Carpenter’s Halloween. Sure there are some cool scenes here and there, and I am well aware the director of Part 6 went for a bit of a Gothic tone with it and Marcus Nispel basically delivered The Texas Chainsaw Massacre remake featuring Jason, which while serviceable, really failed to make any impact and just felt like a bit of a retread right down to the rays of light coming through the trees at night in the woods. Imagine what someone with a real sense of style and a confident unique voice could do with the winter setting. I remember seeing Alex Aja’s High Tension for the first time and thinking, this is what horror films need more of, these shots and angles and overall mood and atmosphere are amazing. Something I thought Aja carried over into his Hills Have Eyes Remake, yet completely fitting the vibe of the subject matter. So yes I would love to see what someone with a strong sense of style and creativity could bring to the franchise.

6. GO THE COMPLETE OPPOSITE WAY OF EVERYTHING I HAVE JUST SAID (except for 5)

Yes, I realize that just sounds so dumb after I spent over an hour typing the previous 5 up. But let me explain, While I would be a huge fan of a serious and grim Friday the 13th film set in the frigid dead of winter, I have to say that after watching the film The Final Girls directed by Todd Strauss-Schulson, that this is the OTHER thing I would love to see a Friday the 13th Film do. Make a full blown period piece that has fun with the concept of Jason and the Camp. Make it vibrant, energetic, and respectful of the source material while breaking new ground within that. I don’t want a comedy in the way The Final Girls was one, but the way it approached the overdone material of a summer camp and it’s legendary killer was just refreshing while still having a ton of heart. If someone could do that with Jason and Camp Crystal Lake it too would be awesome.

The Final Girls was full of beautiful cinematography, colors and shot compositions while bursting from the screen and this is why I said that my previous suggestion would still stand. A director with a vision could bring the 80’s, Jason, and Camp Crystal Lake to life in a way we haven’t seen before. The trick here would be to do it without making it eye roll inducing or too juvenile as many horror films tend to do when trying to be tongue in cheek. You really have to keep the comedy and fun within the right context to make the violence and gore still have the appropriate impact. I have even said The Final Girls is the best Friday the 13th movie in years and clearly wears it’s inspiration on its sleeve. So why not take some inspiration right back and create a vibrant, retro styled Friday film that can play up all the iconography of the series and the things we loved about those films? While really doing it with a flair not seen before in these films. All the while fixing the things that did not age so well? I say this would be the other satisfying route to go for Jason and his series. 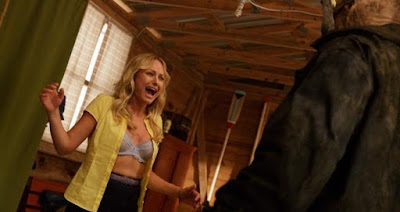 So there you have it. Those are the things I think could go a long way towards breathing new life into the Friday the 13th Franchise. Granted I came up with this list extremely short notice, but I feel it is stuff I have always thought about. Whether any of that will happen remains to be seen, and I feel like more than likely we may get more of the same, which while that will always be fun and entertaining, it still won’t be the Friday the 13th film that we as fans deserve. Either way, long live Jason and enjoy your Friday the 13th. 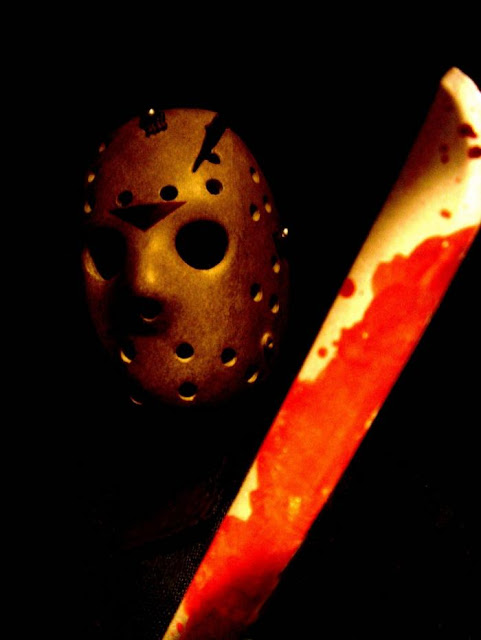